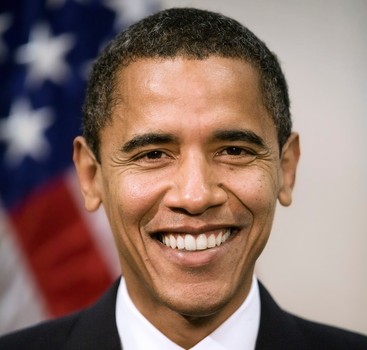 In a short speech at Buckley Air Force Base, President Obama touted his clean and independent energy proposals according to the Denver Post. The speech, in Aurora, was an extension of the State of the Union address delivered earlier this week.

The Denver Post article remarked on the curious silence of the 400 plus attendees. Perhaps they were too engrossed in the speech, as some speculate. Or perhaps they were too busy recording the event with cameras and smart-phones. Or maybe many of them were actually trying to discern the fundamental approach to life and politics that is President Obama.

Yet with his whirlwind rise to the top, there has not been much of a public history of Barack Obama. This makes understanding his approach to fundamental issues of life and politics harder to track. But the task is not impossible. As an intelligent man, his seminal book, The Audacity of Hope, lays out his thoughts on the important issues of life.

“Implicit in [the Constitution] structure, in the very idea of ordered liberty, was a rejection of absolute truth, the infallibility of any idea or ideology or theology or ‘ism,’ any tyrannical consistency that might lock future generations into a single, unalterable course…” (The Audacity of Hope, p. 93).

What an amazing admission.

Yet it is not a surprising viewpoint. This telling and ironic admission only makes explicit what many politicians and voters have taken for granted anyway. A rejection of “absolute truth, the infallibility of any idea or ideology or theology…” is part and parcel of that uniquely American philosophy: pragmatism.

Pragmatism is the if-it-works-do-it approach to life. It is a variation of moral relativism. And politics today, whether in Washington or Colorado, is drenched in pragmatism and relativism.

What does this mean when applied to the president’s short speech in Colorado? What does it mean when he declares that he wants an “economy built to last…an economy that’s built on a renewal of American values [including] the same set of rules for everyone, from Wall Street to Main Street”?

Given his amazing admission that the Constitution implicitly rejects any absolutist position that could hold America onto a “single, unalterable course”, why should we take his speech seriously?

Is not an “economy built to last” a course setting future generations onto one path only? Is not setting the “same set of rules for everyone” the same sort of narrow-minded absolutism rejected by the structure of the Constitution? Or will these goals change at the whim of the president?

These are the questions voters in Colorado should ask and a Christian will ask.

At the end of the day, it is the very thing that the president rejects–absolute truth whether in economical prosperity, political freedom and the like–which can bring this nation around, politically at least. And that return can begin when voters better understand the president’s pragmatic approach to politics and vote accordingly.