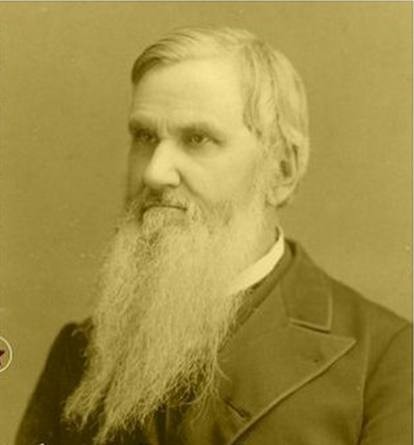 In connection with the Family in Crisis symposium in Denver, an article was posted claiming historical precedence for rejecting Sunday school.

The article, “R.L. Dabney on Sunday Schools Superseding God’s Means of Grace,” was posted from a Colorado based homeschooling organization, Generations with Vision. The purpose of the article is to demonstrate that at least one significant leader in early American Protestantism stood soundly against the newly formed Sunday schools of the early 1800s.

It is written in defense of the family integrated church movement, of which this site is a strong proponent. Such a movement emphasizes (rightly) the importance of family discipleship while (wrongly) roundly rejecting wide-spread usage of Sunday schools and like educational programs. This movement already claims at least eighteen adherents among the conservative churches of Colorado. It is also promoted by Christian Home Educators of Colorado.

The article states: “Methinks R.L. Dabney’s arguments come across as eerily similar to the protestations of present-day Family-Integrated Church advocates.” Does this quote prove this claim? No.

In fact, reading the full context proves the opposite of a significant concern of family integrated church advocates.

Let us first present the substance of the quote from professor Dabney’s original article:

“The first of these perversions is an extensive wresting of these [Sunday] schools from their proper and legitimate scope as missionary measures for the children of neglectful and godless parents, into a substitute for the Christian family training of the children of parents professing godliness, by their own parents in their own homes.”

Professor Dabney was gravely concerned that Sunday school had become a “substitute for the Christian family training of the children.” How exactly does this substitution occur according to Dr. Dabney? This was accomplished by replacing Sunday family devotions:

“…what is now so frequently done among us, viz.: to invade the homes of them professing godliness, and withdraw to his Sabbath school such children from the domestic tuition which their parents were giving them during the private hours of the holy day (which was then the universal custom of all Christian parents of decent repute), we presume that Raikes [founder of Sunday schools] would have drawn back in astonishment and strong refusal.”

Second, and more importantly, the end of the article presented by Dabney asserted:

“In view of all the above, we humbly venture to overture your venerable body to use all your lawful influence and authority to enforce upon all our church sessions and congregations the following rules:

“First. That all parents professing godliness be enjoined to perform the duty of religious instruction in person of their own children, especially during such hours of the holy day as are devoted to public worship: and to use Sabbath school teachers, not as substitutes, but as helpers to their work.

“Second. To enjoin all the churches that the chief and proper function of the Sabbath school is its missionary work for the children of the godless.

“Third. To enjoin upon all churches, sessions and Christian parents, the regular attendance of their children upon public worship: and if it be found necessary to this end, to remove the exercises of the Sabbath school to such part of the Lord’s day as will prevent all pretext of conflict with the public services ordained by God for his people.” [full text here]

Dabney was in agreement with all responsible ministers who exhort their families to fulfill their duty and not to use Sunday school in place of their responsibility. But he was in complete disagreement with the modern family integrated church movement, for Dabney exhorted godly families to “use Sabbath school teachers…as helpers to their work.”

There are likely men during that time period who were against Sunday school. But professor Dabney was not one of them.