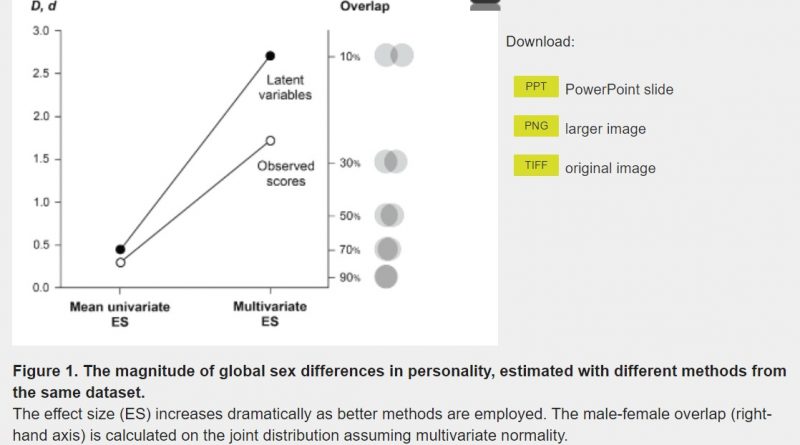 The study, The Distance Between Mars and Venus: Measuring Global Sex Differences in Personality, summarizes their findings thusly:

They offer a counter-argument to those who pooh-pooh self-reported gender differences:

They urge future studies to employ this better methodology for the betterment of all: