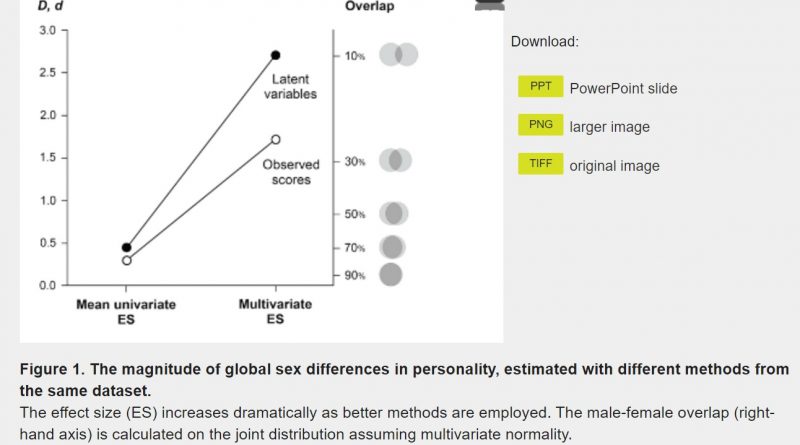 I started collecting the studies of sex differences in the summer of 2017 during the Damore-Google debacle. Over two years later I have over 70 pages of links and abstracts of such studies, both sociological and biological, including weak studies and meta-studies. Such knowledge is desperately needed in this day and age of rank gaslighting on the issues of sex differences, even within the church, yes, conservative churches.

Differences, of course, are not absolute and differ among individuals. But in sufficiently large group settings or in the right circumstances they can and do make a difference.

The Distance Between Mars and Venus: Measuring Global Sex Differences in Personality

“Sex differences in personality are believed to be comparatively small. However, research in this area has suffered from significant methodological limitations. We advance a set of guidelines for overcoming those limitations… Personality measures were obtained from a large US sample (N = 10,261) with the 16PF Questionnaire…Even excluding the factor showing the largest univariate ES, the global effect size was D = 1.71 (24% overlap). These are extremely large differences by psychological standards… The idea that there are only minor differences between the personality profiles of males and females should be rejected as based on inadequate methodology.