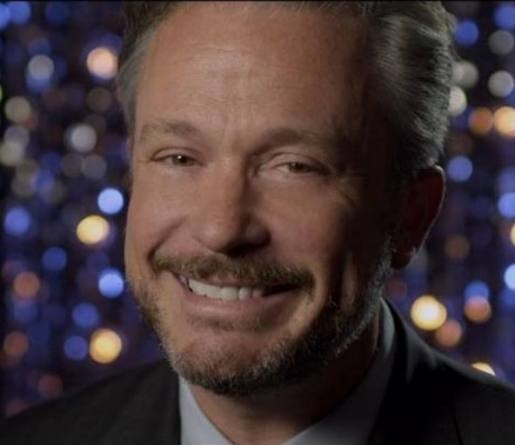 “And in [Evangelicalism’s] various manifestations in America, it seems often to end up being focused on cults of personality and increasingly unrealistic expectations of cultural influence.”

I have observed some homeschooling circles for years. And I have studied the work and ministry of Doug Phillips in particular. This was born out of pastoral concern for the homeschooling families within my service.

It was quickly obvious to me—from listening to him live or in recordings—that he was a charismatic leader. He spoke energetically and winsomely. But there is something more that explains his meteoric rise from the small beginnings of 1999.

I think that something more is expressed quite well from a little-known 80s rock band, Living Colour, and the popular song: Cult of Personality. No, I do not think that he promoted a cult in the traditional sense of the word. Nor do I know his personal motives. Rather, I think the lyrics express the effects of his public ministry. And I think going through the well-thought out lyrics may shed more light upon his legacy than any sociology book.

I sell the things you need to be

I’m the smiling face on your TV

I’m the cult of personality…

Phillips was a master salesman.  Promotions and propaganda were his trade. A “vision of victory” was his ware.  Vision Forum offered a full-colored, glossy catalog that presented the pristine world of white, middle-class early America. His lectures would include outrageous claims of revival and a special calling from God for the audience because, well, they homeschooled. As he confidently declared to an audience of 480 strangers (including Seventh Day Adventists) at the 2009 Christian Home Educators of Colorado Leadership Summit:

“You men are here and you represent what I believe is one of the most important things happening in the world today.”

His organizations (both Vision Forum and the National Center for Family Integrated Churches) offered lectures, books, videos and even toys to reinforce a world where his audience felt at home, a view of America and the West that attracted many.
And what was that view of America?

Look in my eyes, what do you see?

The cult of personality

I’ve been everything you want to be

His last conference, the US History Mega-Conference 2013 (everything has to be big and important in such movements), praised homeschoolers as the bulwark for a better America. His audience  would create a “new man of the 21st century;” they would build “a new world for Jesus Christ.” They would build a new city on the hill, a second mayflower, the vanguard for all others Christians to follow.

Naturally, when selling a product, one does not highlight the negative. With the Pew Forum and Barna polls showing ongoing rank ignorance of basic doctrine among Christians and the largest, longitudinal study (the Cardus Education Survey) showing mediocre to sub-par cultural indicators for homeschoolers, the negative was the 900 pound gorilla in the room. With such sad statistics how could Phillips and his audience create the “new man of the 21st century”?

He couldn’t. But that did not matter.

“There will be need for the next five to 10 years for leadership like there has never been a need for leadership before. Crisis is opportunity in disguise.” (CHEC 2009 Leadership Conference notes).

I exploit you, still you love me

I tell you one and one makes three

Now Phillips never told his homeschooling audience that one and one makes three but he did promote errors just as harmful. One of the long-standing and loudest falsehoods was that God required homeschooling and family integrated churches, or at the least these methods are the most consistent with the Word of God (and would God want anything less consistent?):

“Most men are gripped by fear. They fear the loss of job security. They fear the unknown. They fear the opinions of others. This fear prevents many fathers from beginning home education—the educational approach most consistent with both the methodology and goals of education as articulated in Scripture…” [Original and long-standing Vision Forum Inc. statement]

More importantly, as a pastor, the Good News of Christ’s life and death was surprisingly minimized in his public ministry. At times he seemed to mix the Law with the Gospel:

“we would not be here [today] if people [early Americans] did not believe that the Gospel meant ‘here’s how you live and here’s how you build your world, and how to build your life.’ “ [2013 US History Mega-Conference, emphasis added]

And at other times the Good News of Christ’s death and resurrection was simply missing. This silence was part of the atmosphere of his ministry: he never presented the Gospel as central to his ministry. Instead, the audience was given more Law to fix the problems in their lives.

You gave me fortune

You gave me fame

You gave me power in your God’s name

I’m every person you need to be

I’m the cult of personality

The name of God was misused when Phillips sanctioned movements with the divine imprimatur of revival:

“Home educators, almost by definition, have turned their heart to their children [Mal. 4] . . . So there’s been a revival that’s taking place in the heart of these homeschool families. And this revival works itself out to the local church . . . our prayer: every Christian in the world is in a family integrated church. And there should be nothing but that, but you know what that is going to lead to? That’s going to lead to people homeschooling! . . .”

Seventh Day Adventist are part of the family integrated church and homeschooling movement. These cult churches have signed the NCFIC’s confession. They have attended his conferences. One plus one do not make three in Phillips world, but any so-called church plus homeschooling and family integration makes a revival.

How many families have been spiritually devastated because they were falsely told they were part of a revival? Called by God to raise up a new world for Jesus because they homeschooled?

What are the lessons to learn?

His fame and influence grew because people gave him a pass. Some knew he used a nanny. Yet such a contradiction, contrary to his public claims of stay-at-home moms and homeschooling, was kept quiet. Christian ministries, pastors and homeschooling groups endorsed him in spite of minimal vetting of his views and practices. When HSLDA was no longer interested in Phillips (and even concerned), they still promoted his speaking engagements because, well, it was Doug.

Doug Phillips was popular enough in the mid-2000s that when a paleontologist warned homeschoolers and the powers-that-be about Phillips’ attempt to scam him out of a dinosaur find, people ignored him. He apparently “borrowed” the phrase “uniting church and home” from a book that predated him. Even after his re-worked confession of sin late last year, people still defended him.

His theological and patriarchy views were either ignored or not investigated. His historical research was slipshod. His exegeses embarrassing. But these things did not matter. He was dynamic. He stroked the egos of his audience.

The signs were there. But the will to see them was not.

Whatever his motives, the effect of his ministry can be described as a cult of personality.  And although his ministry is over, much of his beliefs and practices are still promoted by others (such as Scott Brown). And, perhaps more importantly, many people may have not learned their lesson.

When a homeschooling organization promotes a speaker whose newest book is full of historical, factual and theological errors, such as Take Back the Land, they have not learned their lesson. They are not carefully vetting their speakers. They are following a personality.

But some organizations have learned their lesson. Praise God HSLDA has since publicly repented. They drew their line in the sand. Will other pastors and Christian ministries do the same or perpetuate the problem through a good ol’ boy system? Will there be better vetting of speakers? Will public scrutiny be welcomed?

The question for Christian homeschoolers is: will we draw a line in the sand against new cults of personality?

2 thoughts on “Cult of personality: lessons for homeschoolers from Doug Phillips’ ministry”