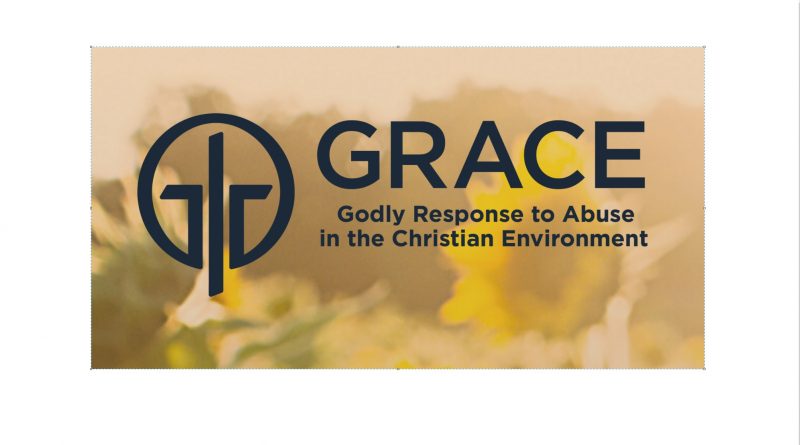 This paper covers a potentially explosive matter before the OPC: hiring outside consultants to investigate potential allegations that church officers are sexual predators.

During the General Assembly meeting of the Orthodox Presbyterian Church (OPC) in 2021, a motion was presented at the last moment to pay GRACE for an organizational assessment. Most of the leadership present knew next to nothing about this organization. Wanting to know more, I investigated.

GRACE (Godly Response to Abuse in the Christian Environment) is a Christian organization with a mission: “to empower Christian communities to recognize, prevent, and respond to abuse.” They offer several services from investigative work to church policy review. This is a sensitive subject and the acronym GRACE is apparently chosen to provoke an emotional response, especially from the hurting.

An examination of the major players around GRACE shows this is not just a group of Christians trying to end the crisis of sexual abuse in the church. They want to eradicate corporal punishment of rebellious children, ignore our Book of Church Order (BCO) and eliminate biblical male leadership.

First, consider Victor Vieth, board member of GRACE. A member of the Wisconsin Evangelical Lutheran Synod, Vieth is a former prosecutor of child abuse in rural Minnesota. Like GRACE, his organization, Zero Abuse Project, is built around abuse prevention.

Curiously, for someone selling services to conservative Christians, Vieth is firmly against the legal right of parents to spank their children. He even likens it to abuse. In 1994, Vieth argued in a legal essay that all states should pass laws against physical punishment of children.

Specifically, he asserted: “The physical discipline of children should be proscribed to the same extent as other assaultive behavior.” However, he thinks the DA should not immediately go after faithful parents, so I guess that’s some comfort.

Moreover, Vieth does not leave his opinion in specialized legal journals. We find practical church policies for minimizing abuse that include removing this long-standing disciplinary tool. Likewise, at his Zero Abuse Project website he offers many articles and training seminars about corporal punishment. These include professional essays teaching pastors to undercut parental convictions in these matters. The GRACE website recommends one of his policy suggestion handouts that disapproves of corporal punishment (“Suffer the Chidren”).

Second, it turns out the founder and current board member, Basyle “Boz” Tchividjian, has little patience for how Presbyterians attempt to follow Matthew 18 through their Book of Church Order.

“Presbyteries are wholly unqualified to investigate allegations of clergy sexual abuse. While we’re at it, the Book of Church Order should never be the guide to investigating abuse in the church.”

When asked to elaborate “why the BCO should never be used as a guide for investigating church abuse,” Tchividjian replied with the following:

“Just a sampling [of problems]…the BCO requires the victim to confront the perpetrator…the BCO leaves the decisions related to process and substance to only one gender…the BCO is not trauma informed” (italics added).

Given this public critique of a sister denomination’s BCO—which is similar to the OPC— why would the OPC hire this organization?

Lastly, Tchividjian’s twitter complaint about “only one gender” in the judicial process of the church courts brings us to the third reason why GRACE is not a good match for conservative churches. Two of the board members want to transform biblical male-only leadership in the church as well as the home.

At the 2019 Southern Baptist Conference talk, Tchividjian let slip his liberal views on women leadership. He told his audience that excluding an “entire gender from leadership” in the church is wrong. Later, he clarified his point in a tweet:

“Having women in leadership decision-making positions would have provided much greater insight, wisdom, and perspective in confronting this horror.”

Although he concedes that female leadership would not eradicate abuse, he still thinks “it would have significantly helped.” (Yet the mainline churches had their share of abuse scandals over the decades).

Fellow GRACE board member, Justin Holcomb, has little good to say about male leadership both at church and at home. Holcomb is a priest in the Episcopal Church (United States) and seminary professor as well as a co-host on the White Horse Inn podcast. Holcomb has his own ministry on abuse. He and his wife wrote a book about domestic violence survivors entitled “Is it My Fault?”

At the end of his chapter excerpt on abusive relationships, Holcomb lets his true feelings show and the OPC should listen.

“…male ownership and entitlement runs through the root of almost all societies. We would suggest that this is because male domination was a primary consequence of the fall. In Genesis 3:16, after the fall, God responds to Eve, saying: “Your desire will be for your husband, and he will rule over you.” This does not mean God determined men should rule their wives—that male domination is ideal and how it should be. Rather, we see this man’s ruling over his wife as a consequence of sin—that is not the best plan for humanity. This is further evidenced by the fact that before the fall, men and women were equal.”

Holcomb thinks male leadership is a result of the fall contrary to the bible and 2000 years of Christian doctrine and practice. We can only speculate what kind of fanciful mental gymnastics would be employed to sweep away the Spirit’s command that women not rule (1 Tim. 2:12).

Reading like a progressive harangue from a mainline pastor, Holcomb continues in this chapter to conflate and muddle words and categories in ways that do not bode well for conservative churches.

“Chauvinism says that men and women have been created in a hierarchy with the male as the higher, superior sex—much like a king born into a family with a natural right to exercise authority over the rest of his nation. Chauvinism upholds that women, in contrast, are the weaker or lesser of the sexes, inheriting a natural role of submission to the man…The practical implication of chauvinism is that in the family, the church, and in society at large, women are not to exercise authority over men…”

Loaded terms, like “chauvinism,” cue the reader that the author is reading the current social script while dressing it up with the language of the Bible. This is further evidenced by his lax view on divorce, expanding its grounds beyond anything recognizable as biblical.

At this point, I stopped my research. After all, it was only preliminary. I am a busy parent and pastor but also a concerned churchman. These views concern me and should concern every member of the Orthodox Presbyterian Church.

I am not calling into question any good fruits by GRACE or the board members. Rather, I am exploring what they believe and what that would mean to my denomination.  With long-standing board members aggressively promoting views and practices in direct contradiction to the OPC, I cannot help but wonder how much a GRACE evaluation would undermine my denomination’s integrity.

All this leads me to two considerations: 1) if outside consults should be hired, that should be a separate discussion with much thought and prayer; and 2) if someone is hired, that party should be ethically aligned with the mission of the OPC. May the Spirit guide the General Assembly to truth and righteousness.

3 thoughts on “Why GRACE is Not Amazing: A Preliminary Analysis”