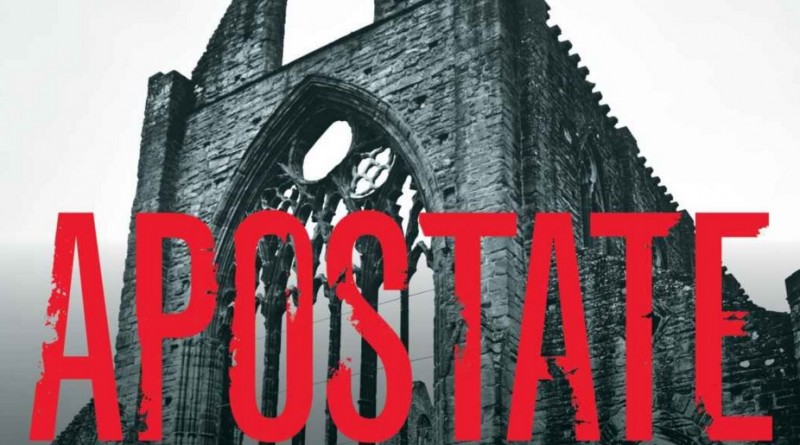 The book, Apostate, came out in 2014. It was mailed to at least one hundred churches in the Orthodox Presbyterian Church. Presumably it was sent to other churches as well. The book purports to explain the current slide into cultural and political insanity in America by tracing the intellectual devolution of Western Civilization.

Does it succeed? Or is the book itself partially a product of the same culture it critiques?

The reviewer, Pastor Kingsbury of Park Hill Orthodox Presbyterian Church, is a zealous churchman. He takes the unity of the church seriously. He takes her doctrine seriously. And he take her offices seriously.

And that is why he is reviewing this book, chapter by chapter. As he notes in his first installment:

“Simply, Swanson is wrong. Not always or on every page, but profoundly and seriously wrong not only in how he analyzes particular authors and philosophers, but wrong in his…interpretation of a dizzying array of Scripture passages, and dangerously wrong in his presentation of the Christian hope. When Apostate first came out, another colleague in our presbytery asked me to take a look at it; I initially declined because I couldn’t see the value in reading something I was fairly sure, even then, would only try my patience. Now that I’ve read it (and had my patience tried), I think it warrants a response because, as a pastor, I don’t want anyone thinking this is how the Bible should be read. As an OPC pastor, I also want to respond because the OPC in particular, and American presbyterianism more generally, is much better than this book might lead one to think.”

These claims are more than backed up by the following chapter reviews.

And, no, this is not some petty clash of differing personalities. If you think so, then please go read an author that already agrees with you. But if you want to know the measure of a man’s theology and training, a man who claims the mantel of homeschooling leader for the last ten years, then read this review.

It is important that homeschooling conservatives not tolerate sub-par books based upon sloppy research. And this book review series is a good place to start learning that important truth.

Having read the opening chapters, the chapters on Aristotle and Rousseau (see my review) and the last chapters, I highly commend this ongoing review series.

The series, thus far, can be found here.