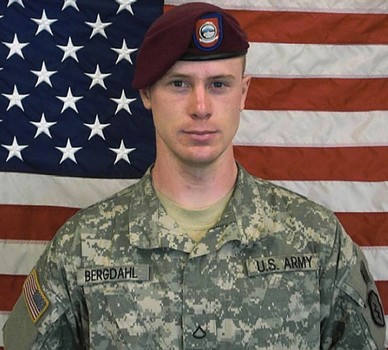 [Originally published on June 17, 2014, I publish this again lest there is still confusion about his upbringing. And it is an example of how to interact with an unbelieving press. The author of the USA essay appreciated my essay and its tone]:

In USA Today’s opinion essay, “Can Bergdahl‘s faith explain his actions?,” Mary Stange, a professor of religion at Skidmore College, attempts to explain a possible religious source of Bowe Bergdahl’s actions. Her attempt was thoughtful and suggestive instead of aggressive and dogmatic, even as it was misinformed and unhelpful at times.

Mary suggests that Bowes’ upbringing in the “hyperconservative” Orthodox Presbyterian Church (OPC) with its “extraordinary demands on a sensitive young person’s conscience and conduct” and its “stark either/or” world drove Bergdahl to an eccentric life.

Since he could not “feel the inner spark of absolute certainty of one’s own God-given righteousness,” he tried to find certainty through experimentation, which included Buddhism, Tarot, a warrior’s life, and a pacifistic deserter.

Such a view perhaps reflects more of the writer than the actual facts of the case since Mary bypassed a simpler explanation. Bergdahl’s former pastor’s own personal and learned experience offered a different understanding: “[he had] grown up in a conservative Christian home, and he was trying to figure out if this was his faith or his parents’ faith.”

Doubtless, she is trying to be fair. And perhaps she was given a restrictive essay word-count. But the mistaken understanding of the doctrine of assurance and its actual practice hobbles an otherwise thoughtful essay.

The doctrine of assurance is important in traditional Protestant theology since the Reformation. In fact, it is part of many church confessions, including Bowe Bergdahl’s former church. The OPC’s confession, the Westminster Confession of Faith, Chapter 18, is titled, “Of the Assurance of Grace and Salvation.”

It teaches that Christians may know with “infallible assurance” that they are in a “state of grace”—that is that God loves them, saves them and will bring them to heaven in spite of their sins.

Such assurance does “not so belong to the essence of faith” but that believers of Jesus and his sacrifice may struggle with having such assurance. It is a “duty of everyone” to seek it.

However, the doctrine cannot be reduced to a feeling and it is not properly about “one’s own God-given righteousness.” Nor does the OPC “compel” followers to “feel the inner spark.”

They may encourage, direct and urge, but the OPC “compels” no one toward assurance of salvation. In fact, one may be a member of the OPC and not believe in this doctrine.

Even if the proper belief of assurance of salvation was presented, the essay suffers from loaded or unhelpful language: “hyperconservative,” “compels,” “extraordinary claims,” “stark,” and “sensitive…conscience.”

What “extraordinary demands” are made upon “a sensitive young person’s conscience and conduct”? No evidence is offered other than the misunderstood doctrine of assurance.

Another unhelpful claim is that the OPC “sees the world in stark either/or terms.” What does that mean? Is it suggestive of some nascent, militant fundamentalism?

Does not the author also see the world in either/or terms as well? She does if she thinks something is right and something else is wrong.

Perhaps she means the long-standing and standard Christian ideas that the world is spiritually (not politically) divided between believers and non-believers. But how is this different than atheists thinking the world is full of smart people (atheists) and not-so-smart people (religious)?

At the end of the day, to understand the background of Bergdahl one can only take the word of those with personal information such as Bowe’s former pastor. And speculations need a heavy dose of caveats. Fortunately, this essay ended with just such a caveat:

“Religious motives might or might not justify whatever Bergdahl might or might not have done. But those same motives can go a long way toward helping to comprehend his actions. We as a society have too frequently failed to take religion seriously as a source of evil as well as good.”

We know little of his upbringing beyond the public beliefs of his former church. But it is important that those beliefs be properly presented to a day and age that is increasingly ignorant of, and at times hostile to, traditional Christian beliefs and practices.