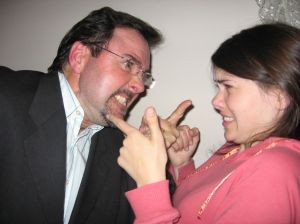 In a breath-taking decision, the majority of the Supreme Court struck down the federal Defense of Marriage Act (DOMA), according to the Denver Post. Showing disdain for traditional and historical Christian civilization’s mores, the ruling came Wednesday after long deliberation.

Christians are quick to note, however, the mere fact that the court ruled thus does not make it morally right. In fact, contrary to popular opinion, Christianity is a religion that uses reason. As such, what possible rational reason could the court offer?

The principle reasons for the majority view, written by Justice Anthony Kennedy, included: protection for personhood and dignity; rejection of laws that are demeaning; application of the Fifth Amendment.

What is of interest is the inflammatory rhetoric used in place of substance (emphasis added):

“What has been explained to this point should more than suffice to establish that the principal purpose and the necessary effect of this law are to demean those persons who are in a lawful same-sex marriage.”

“The avowed purpose and practical effect of the law here in question are to impose a disadvantage, a separate status, and so a stigma upon all who enter into same-sex marriages made lawful by the unquestioned authority of the states.”

DOMA “humiliates tens of thousands of children now being raised by same-sex couples.”

Such naked accusations portray an inherent bigotry toward any view not like its own. This is the very thing many accuse Christians of doing.

The bald accusatory-tone of the majority report was quickly noted by the minority report. As Justice Scalia opined: “It is one thing for a society to elect change; it is another for a court of law to impose change by adjudging those who oppose it hostes humanigeneris, enemies of the human race.”

It is understandable in the heat of an argument on the street that ad hominems and personal attacks would be used. But for the highest court in the land with some of the best trained minds to use puerile arguments reflects more upon their own irrational bigotry than the supposed bias of those in favor of traditional marriage.