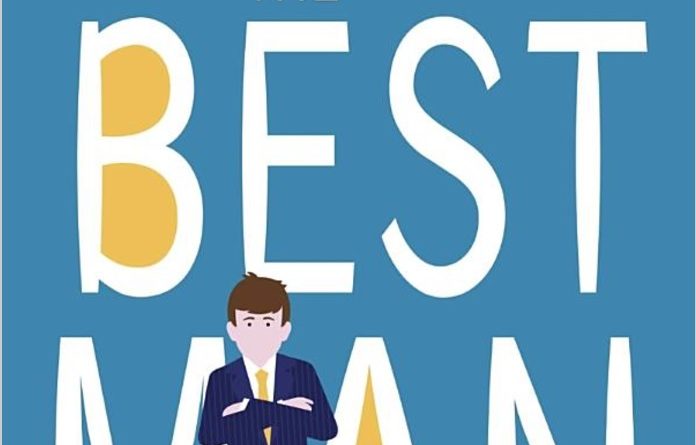 “Then my uncles turned to go, off into the blurry afternoon, looking good.”

This excerpt from The Best Man demonstrates the pedestrian manner in which homosexuality is integrated into the narrative of young adult books.

The book is a story about a young preteen boy (Archer) and the men in his life: father, grandfather, Uncle Paul and a school teacher, Mr. McLeod. Oddly, The Gospel Coalition recently reviewed the book. More specifically, the same-sex attracted, celibate Sam Allberry wrote the review.

Now, if you have read my prior two essays, you may assume that I have evidence that The Gospel Coalition (TGC) is endorsing homosexual books. That is not the case.

There is no endorsement of the book. In fact, Allberry frankly acknowledges the problem with the book:

“It doesn’t read like a Stonewall tract disguised as a children’s book. Sexuality is a theme, but it’s far from being the overriding one. Nor is there any graphic content. But there is tacit approval.”

Beyond this “tacit approval” of sodomy, according to Allberry the book is otherwise “compelling for its characterization and humanity. Serious issues are raised, but with a light touch and gentle humor. On the whole, it’s a charming story with strong themes and likeable characters.”

Allberry also believes there is much to “commend” the book; it is even “welcome.” Given the “humanity” in the book, readers learn that homosexuals are “real people.” Beyond some “light asides” that portray the “complexity around the issue of gay marriage,” there are no “serious discussion prompts.”

He concludes the review: “If your kids or their friends pick up The Best Man, listen to what they’re saying and, where possible, share how biblical sexuality offers a better way.”

So, I stand by my assessment: The Gospel Coalition is clearly not endorsing the book. But Allberry is not condemning it either.

This is significant. The disarming and sympathetic manner of parts of this review stands in stark contrast to the matter-of-fact parts that homosexual relationships are “something we can’t in good conscience affirm as morally good.”

Allberry reserves sympathetic, even empathetic, descriptions for the book as a whole while offering  sterile and understated warnings for the rest. Even the warning of the tacit approval of gay identity is not couched as a warning but with something more winsome:

“But I hope we would also want to point out that it’s not the healthiest way to understand who we are at our deepest level, especially for young children.”

Let me remind the readers that Allberry describes himself as having “sexual, romantic and deep emotional attractions to people of the same sex.” But Allberry also asserts that this same-sex attraction is not a sin but a “form of temptation.” In other words, he believes homosexual practices are a sin but not homosexual attraction.  Such views are contrary to the Bible and Reformed Confessions.

Since there are no condemnatory words like pernicious and heinous in the review, the reader walks away oblivious to the subtle danger of the book.

That pernicious nature comes from the ordinariness of the book. The normalcy of sodomy is interwoven throughout the novel. It is so normal as to be overt. But you would never know that from reading Sam Allberry’s review.

Let me offer a for-instance.

At the end of one chapter, during a Halloween party, the young boy, Archer (dressed as the Cowardly Lion) is in a room with the Tin Man (with a fake head) and his Uncle Paul.

“How come you don’t even want to see Mr. McLeod?” Cowardly Lion [Archer] asked [his Uncle Paul].
“Because I might weaken,” Uncle Paul said. “After all, I’m passing up the greatest guy I’ll ever meet, and I’m not going to feel like this about anybody else.”
“Right,” said the Lion…”I’ve looked ahead, and you know what I see?’
“I don’t,” Uncle Paul said…”Get to the point, Lion.”
“After it’s over, he’s going to need somebody to come home to. That’s the point.”
Uncle Paul looked away from the fire.
“And it ought to be you,” said the Lion.
Uncle Paul said, “Archer, don’t con–”
“Yes, it ought to be you,” said the Tin Man, and took off his head. It was Mr. McLeod.

This is not only disquieting in its matter-of-fact presentation, it is disquieting in how the young boy deftly redirects the homosexual Uncle toward his sodomite dream-boy. Is this one of those “light asides” Allberry alludes to?

The New York Times review outlines more, shall we say, “light asides.” Mr. McLeod publicly “comes out” before his sixth-grade class. And Uncle Paul alludes to his homosexuality several times. And there is more dialogue about sodomite relations. Are these the events of “humanizing of homosexuals” in order to show us the “real people” that Allberry commends?

Or are they pernicious propaganda?

The New York Times presents it this way: “there’s something revolutionary about the book’s approach to gayness. Archer’s awareness of Paul’s sexuality — and of Paul’s growing bond with Mr. McLeod — unfolds at a pace that feels authentic to an 11-year-old boy trying to make sense of the world.”

“Feels authentic” is code for “humanizing.” It appears that the New York Times’ review and Allberry have more in common than believed.

But that is not all. The book has an entire chapter of dialogue between Archer and his Uncle, most of the seven pages are about the Uncle’s sexuality. Did the Cowardly Lion dialogue chill your bones? How about the following excerpt from that chapter?

“So you don’t see much of him?” [Archer asked Paul about McLeod]
“I don’t see him at all, Archer…he and I aren’t compatible…he wants to compete in a decathlon. He’s saving up for the Gay Games in Paris.”
…”He’s twenty-six. I’m thirty-four. He’s a kid. I’m an old man. Just naming the decathlon events put a couple years on me…”
“Do you have to compete to be compatible?” I [Archer] asked.

Is this one of those “serious issues” raised with a “light touch and gentle humor”?

But there is more.

Is this what Allberry means by “humanizing” and tearing down stereotypes to show the “real people”? Is this that “important corrective” of homophobia that Sam thinks is so important these days?

No “serious discussion prompts” here, are there? Move along, dear reader, there is nothing of note to review here.

But it gets worse. The book ends with a so-called gay marriage. And Archer is the best man.

“As best man, I asked Uncle Paul and Mr. McLeod if they were ready, and they said they were. They were going to walk side by side, down the aisle to Dad. Two guys already together. And I’d come along behind.”

Nowhere in the TGC review is this mentioned. No reader knows the book ends with a gay marriage. No one but Sam Allberry. And he appears to offer a breathtaking parallel:

“Unconsciously, The Best Man echoes the ultimate story of the Christian faith, which too opens with a wedding (Adam and Eve) and ends with a wedding (the Lamb and his bride, the church). For us, too, the first chapter points to the last.”

Let that sink in: a gay marriage “echoes” the marriage of the Lamb and the church!

Dear reader, do you need more proof that something smells rotten in Denmark?

I will not soil the rest of this essay with more evidence of these “light asides” that add up to sodomite propaganda. I cannot fathom how anybody who understands the heinousness of homosexuality could write a review of this book in this manner: “charming,” “compelling” and “humanizing.”

The book normalizes sodomy. It desensitizes this wickedness, not with screeching and grandstanding and pontificating but by a calm presentation of homosexuality through a “human lens.”  Allberry is correct: through the book’s offering of “real people,” it is “humanizing…homosexuals” not as “stereotypes” but as “normal people who happen to be gay.”

[Updated, Feb. 2019. This is part one of a multi-part series investigating the subtle changes in conservative views on homosexuality. Part one here. Part two here.]