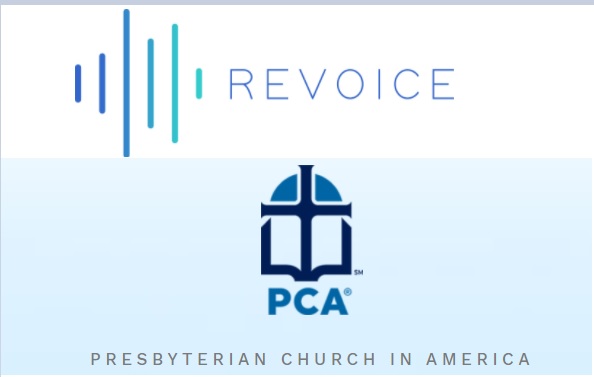 Sadly, the recent judicial decision of the Presbyterian Church in America (PCA) slammed one more door in the face of the conservatives trying to purify the church in Jesus’ name. Unless something radical changes soon, self-described celibate gay minister, Greg Johnson, will be the poster-boy for the future of the PCA. The future is looking gay.

Does that seem like an exaggerated claim? It is not. After all, we were warned in 2018.

The warning came from a collection of voices at the pro-homosexual Revoice conference. In varying ways, the speakers foreshadowed this future. The loudest warning bell was Greg Hartley’s provocative lecture, “Redeeming Queer Culture.”

However, Greg Johnson’s little-known lecture, “Making Church a Haven for Sexual Minorities: Thoughts For Church Leadership,” was most illuminating. In his talk he shared his thoughts for the PCA.

His vision reflects the shared goal of the same-sex attraction movement across the board. What is that goal? It is the transformation of the PCA into a safe-space for the gay populace, pastors and problems.

First, the homosexual church of tomorrow is a gay-friendly church. By “gay-friendly” I do not mean inviting sinners to hear the Gospel as churches already do. Rather, if Johnson’s wish is granted, more church members and leaders will put the homosexual before the straight. In his lecture, he was emphatic about this: “your job as a ministry leader is to become their [the non-straight] biggest, fieriest advocate.”

This is not hyperbole. He specifically states this commitment must be a high priority, even to the point of losing members: “You have to be prepared to defend sexual minorities, even at the cost of budgets, programs and numbers.”

In the Reformed Church in America (RCA), this is achieved through browbeating lectures, otherwise known as a “discussion guide.” It is five sessions of snuffing out “homophobia.” Straights are the ones called to repentance and to winsomeness and to openness, not the same-sex attracted.

Second, the ecclesiastical leadership will fill up with homosexuals and more. Transgender, agender, non-binary, genderqueer, and genderfluid will be emboldened to join the ranks of deacon, ruling elder and pastor. After all, Revoice described its workshops as answering the question of how to make the church safe for “sexual minorities…[to] mature into Christian leaders.”

Recently, Johnson posted a video arguing this point: “[churches should] actively recruit, encourage, and build up, train and ordain non-practicing gay believers to positions of ministry.” What was hidden in a church-officer-only lecture three years ago is now public notice of where the PCA is careening.

The PCA already had a gay youth leader move in with his best friend that he finds “cute.” Why is not a gay pastor allowed to do the same thing? In ten years, such arrangements will include adopting children.

Last, churches across the PCA will swell up with gay problems. Many conservative churches already struggle handling heterosexual sins of fornication and adultery, they will have a harder time dealing with homosexual issues.

Many church members think the queer world is just like the straight except for some gender-bending ways. That is not true. Compared to the normal population, homosexual men have a higher amount of troubles from sexual to psychological.

Imagine if a straight pastor admitted to this kind of addiction. Of course, the church has sinners struggling with sexual temptation. And they should get help. But they are humble enough to feel shame, avoiding public announcements of their sin.

Johnson gave a hint of other problems at the beginning of his workshop. He offered a story of a homosexual man addicted to sex. His addiction led to expulsion from college and failed attempts by the church to use a GPS tracker to control him. This fits the known facts of the queer lifestyle.

This is only a summary of the multitude of coming troubles. The PCA of tomorrow is all but queer unless something changes. She was warned three years ago. May the Presbyterian Church in America veer away from a gay future.