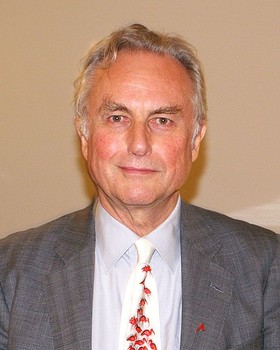 In an interview with the British paper, The Times, Richard Dawkins admitted he could not “condemn [mild pedophilia] by the same standards as I or anyone would today.” He was commenting on his own experience as a child in the1950s. He admitted that he was a victim of “mild pedophilia.”

His reasoning for a minimal condemnation was straight-forward: “I am very conscious that you can’t condemn people of an earlier era by the standards of ours.”

He did not categorize outright sexual encounters as “mild pedophilia” according to the article. But it was unclear when “mild” would turn into something more severe.

Such relativistic moralism is the mainstay of much academia in Britain and America. And the more they openly admit to such sub-standard morals, the better.

His “reasoning” is so flagrantly dangerous it should bring more condemnation than it already has. But then the sensibilities of the media have been warped for years. The average American, however, may find this shocking all the while not fully grasping the implications.

Here are the necessarily implications: if society shifts mores enough, then “mild pedophilia” will only be mildly condemned. And whose to say it would be condemned at all?

Why not be the leading edge of moral “evolution” such as the current social homosexual and transgender revolution? Why not add pedophilia to the mix?

Harvard medical school is not waiting according to their July 2010 newsletter: “Like other sexual orientations, pedophilia is unlikely to change.” Two “experts” testifying last year before a Canadian parliamentary commission presented similar language and reasoning (see National Review summary here).

Normalizing pedophilia with the label “orientation” is one logical step away from “mild pedophilia.”

What if these medical “experts” have their way in the near future? What if at that future time Dawkins analyzes the sexual pedophilia of today? Maybe he would not judge it too harshly. After all “you can’t condemn people of an earlier era by the standards of ours.”