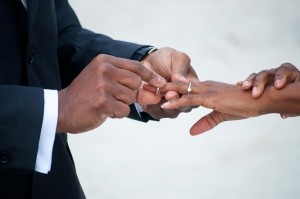 In a recent editorial piece, with much mouthing of canned phrases and assertions, the Denver Post argued for the new civil union bill.

“We support gay marriage as a matter of civil rights, and have opposed efforts to treat same-sex couples as if they’re inferior to heterosexuals.”

The editorial’s only serious argument is a moral-equivalence argument. Just as laws prohibiting inter-racial marriage were deemed unconstitutional in 1967, so too, it is argued, bans on gay marriage are unconstitutional because marriage is a “civil right.”

Is this the real argument? If marriage is vaguely defined as a legal union involving certain rights and reciprocal relations without reference to the sexual preferences of the parties involved, then the argument for gay marriage goes too far.

They could simply assert that gay marriage is a special case. But special upon what grounds? If civil rights are a vague category, treated as an a la carte approach to morality, then whatever someone thinks is a good relationship is de facto a civil right.

The deeper question is: what moral authority gives people (or society) the right to define marriage or civil rights? For the old-fashioned communists, the have-nots have moral authority to take from the haves, even by force. For the anarchists, every man, woman (and everything in between) has a civil right for anything that goes. For others, only those actions that have the least negative impact upon society should be deemed morally acceptable–if any two can agree upon what is a “least negative impact”!

At the end of the day, such arguments depend upon deeper commitments–religious commitments. The deeper commitment for homosexual unions is a steadfast denial of God’s definition of marriage. Man, society, the law of nature–anyone but God–will be called upon to redefine marriage.

Whatever the case, gay marriage is not a civil rights issue; it is a moral issue. People argue that it is wrong to deny such unions. Others argue it is right. And the editors of the Denver Post have a morality but refuse to forthrightly tell the reading audience what it is beyond flat platitudes that only convince those already convinced.