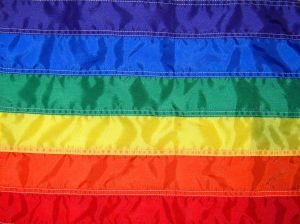 Governor Hickenlooper used his State of the State address as a bully pulpit, throwing his weight behind same-sex civil unions according to 9News.

Moving from economical concerns to cultural and religious assertions, the governor declared that “government should treat all people equally. It is time to pass civil unions.”

Why is this a religious assertion? It is based on one of two (or more) unproven assumptions:

In either case, the governor has made a hidden religious assertion wrapped in the pious language of equality. In a society historically rooted in Christian ideas and laws, the question of Christianity’s moral relevance is always in the background in the culture debates.

But why does he use the weight of his public office to promote such a divisive viewpoint? Here is the entire quote:

“As we strive to make Colorado healthier, we believe in equal rights for all regardless of race, creed, gender or sexual orientation. We don’t believe we should legislate what happens inside a church or place of worship, but government should treat all people equally. It’s time to pass civil unions.”

Note the opening (unproven) premise: “we believe in equal rights for all regardless of race, creed, gender or sexual orientation.” The mantra cry of “equality” is designed to disarm opponents.

Upon what moral authority is “equal rights” to be asserted and used? That is the real question between those promoting such (undefined) “rights” and conservative Christians.

Furthermore, what are the parameters of this assertion? Should we take Hickenlooper’s words at face value and include multiple-partner marriages? Or pedophilia civil unions?

I do not believe (nor know) if he does import any and all versions of “civil unions” in his unqualified language, but, then, that is the point: unqualified language is a wax nose or an empty, labeled box with limitless content. This is especially the case when the mantra is repeated in sound-bytes through the pop culture and news casts.

Make no mistake: Hickenlooper now pushes religious assertions under the guise of a cultural crusade. But now he has the moral obligation to spend more time detailing his reasoning instead of promoting trite phrases that only obscure the real issues.