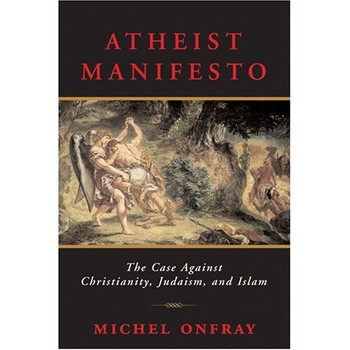 A while back I was searching through the last of the books being sold dirt-cheap from the now-defunct Borders bookstore. I happened upon a curious title and purchased the book immediately: What We Believe But Cannot Prove.

The sub-title describes this collection of short essays as written by “today’s leading thinkers on science in the age of certainty”—including Richard Dawkins and Sam Harris. It is a good book for Christians to use in apologetics. And it is a good book for Adam Frank, a op-ed contributor at the New York times.

His recent essay “Welcome to the Age of Denial” laments an American society that is “ambivalent, even skeptical, about the fruits of science.” In typical New-Atheist fashion, he highlights his concerns by naming creationists (among other examples) as evidence of a “manufacturing doubt” that is not based upon scientific evidence.

In point of fact, “what has been lost is an understanding that science’s open-ended, evidence-based processes—rather than just its results—are essential to meeting those challenges.”

Apparently, Mr. Frank’s faith in science as “essential” to today’s problems is based upon some scientific evidence the rest of his scientific community does not have. Consider what lessons he and his true-believers in materialistic science could learn from this book.

For instance, the chair and professor of neurobiology at University of California, Davis, Leo Chalupa, offers one unproven belief: “Science provides the best means of attaining this ultimate goal [discovering the known physical world]”

Or consider the Felix Bloch Professor of Theoretical Physics at Stanford University, Susskind, who asserts:

“I am absolutely certain that the laws of large numbers–probability theory–will work and protect me. All of science is based on it. But I can’t prove it, and I don’t really know why it works.”

Mathematician and director of Stanford University’s Center for the Study of Language and Information, Keith Devlin, baldly declares:

“If it’s rock solid certainty you want from a proof…[there is] nothing at all we can prove to anyone else…The best we can do is come up with something we believe but cannot prove to our own satisfaction.”

A most illuminating statement is made by another true-believer, Mr. Shermer, publisher of Skeptic magazine and columnist writer for Scientific American:

“In conclusion, I believe but cannot prove that reality exists and science is the best method for understanding it, that there is no God…Of course, I could be wrong.”

This sample of unproven scientific beliefs should give Mr. Franks serious pause. Or rather, he and those who agree with him should reconsider who truly is living in denial.

[A review of an atheist book, God: The Failed Hypothesis, here]