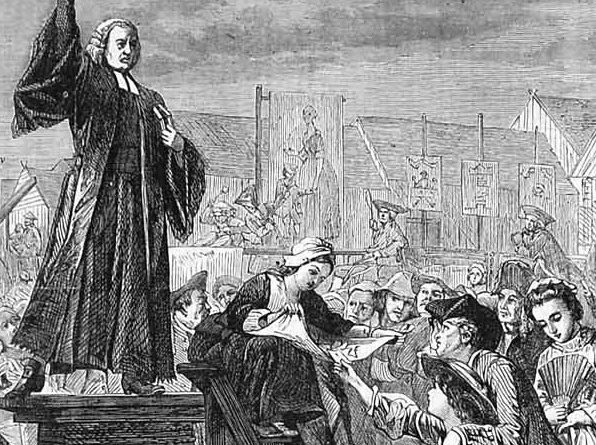 (Part 3 of a five part series)

Have you heard the story about the Christian fundamentalist? When asked what was grey, furry, and lived in a tree, he responded: “It sounds like a squirrel, but I know the answer has to be Jesus.”

In exaggeration there is much truth. And this story helpfully summarizes so-called gospel or covenant preaching as detailed in a trilogy of essays that I critiqued. But such an approach to preaching is a historic aberration and not found in the practice of Christ or the early church.

And it has consequences in the life of the church, practically and theologically.

Theologically, Rick Phillips suggests that under such a preaching rubric, “teaching theology is deemed irrelevant, instruction is legalistic, and confronting false teaching is ungracious.”

In other words, congregants will readily downplay theology outside of Christology or soteriology as insignificant or less meaningful. After all, if they were important, the pastor would preach about them. It is easy to forget that the average Christian depends much upon the example and teaching from their pastor.

It can also lead to antinomian tendencies since the Law ends up being downplayed by the emphasis of its condemning power and Christ’s triumph over it. The third use of the Law is thereby undermined.

Ironically, such “gospel preaching” may unintentionally create a homiletical Reformed equivalent to yesteryear’s “no creed but Christ.” And it might reinforce a false view of the Gospel.

How? In a helpful essay by Ken Langley, “When Christ Replaces God At The Center Of Preaching,” he points out that an overemphasis on Christ “may inadvertently diminish the Father’s role and the Father’s glory.” It may also reinforce the false impression that God and Christ are on opposite sides of our redemption, with Christ the champion for our souls against the ever-wrathful God.

It has spawned an entire theological rationale against any and all applicational preaching. Dennison is the well-known proponent of this school of thought as summarized in his essays and more at the online magazine, Kerux.

This theological rationale has harmed Christians already. I know of one family that suffered under this preaching (as did others they knew). Since all the sermons were about grace and Christ, they walked away from the sermons stifled instead of liberated.

In other words, bad theology teaches bad practice. In this case such sermons taught the congregants the wrong way to read the Bible. And such sermons can starve the children of God as Langley highlights in his experience.

“A woman who visited our church several years ago said on her way out, ‘It was nice to hear a sermon about God.’ I thought at first that she meant she was fed up with all the man-centered preaching out there nowadays, but she explained, ‘Everywhere I go I hear preachers talking about Jesus, but not too many talk about God.’ ”

This story reminds us that Christians are paying attention to the sermons. And they are drawing conclusions that pastors may not realize.

Other practical concerns include a failure to honor God the Father (Langley) or the Holy Spirit. Boredom and inattentiveness are concerns as well, especially among the youth.

Professor Frame also notes the divisive nature of such preaching in churches and presbyteries that he has observed. If any other preaching than one that has Christ as “integral” to the sermon is sub-par and even anti-Christian, can there be anything less than division of one form or another?

How many Christians who are taught this type of preaching avoid transferring to sister churches that do not follow this novel approach? How many churches and Presbyteries have turned away pastors who preach this way or who do not preach this way? Can a denomination be truly united when it disagrees on what message should be proclaimed from the pulpit?

More practical problems can be multiplied in direct proportion to the amount of preaching not given to the rest of theology. The antinomian bent that may arise in theology naturally leads to practical antinomianism. But the other side of minimizing practical application of God’s law is legalism.

These are just some concerns. Many others are articulated by Jay Adams, John R. De Witt, Carrick, Krabbendam, David Murray and Roy Taylor (a good summary of these concerns are found on page 149 of Redemptive-Historical Hermeneutics and Homiletics).

Must such preaching lead to these problems? No. Much depends upon the general health of the church and what is being taught through Sunday school, Bible study and other venues.

And it depends on how the sermons are taught. The series I critiqued stressed that Christ should be “integral,” the “climax,” and the last thought on the mind of the congregation when the sermon is done.

But since God redeemed us through the Gospel unto good works (Eph. 2:10), turning sermons into Gospel hammers where every text is a nail, wearies the godly soul. As with honey, so to with “gospel preaching.”

May the Spirit move us to reevaluate our ministries in light of the fullness of God’s Word for the glory of Christ. May we be able to say with Paul:  “I have not hesitated to proclaim to you the whole will of God” (Acts 20:27).

6 thoughts on “Did God Give us Gospel Only? A Practical Response to “Covenant Preaching””