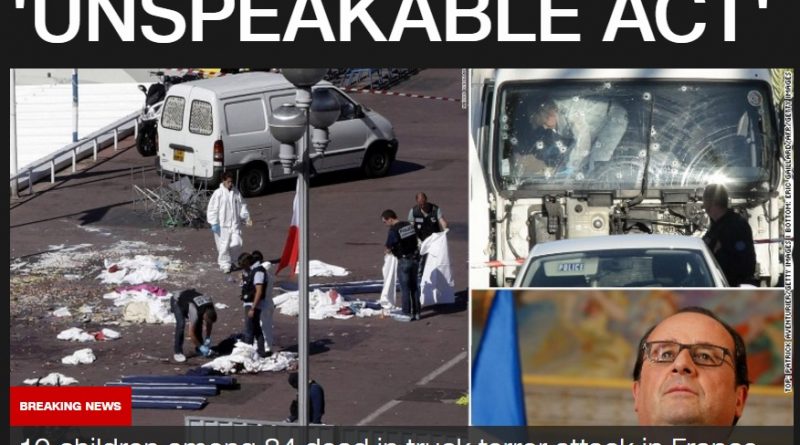 I watched the live news reports of the slaughter of French in Nice on CNN Live.

It was horrific. And I did not see the murder itself. Just hearing about it live from eye-witnesses was enough to draw tears.

But as they were interviewing their local reporting affiliates, I was able to pause the stream (on youtube) and take salient notes (from by Facebook feed):

CNN live French reporter, Christiane Amanpore: “this has been a pattern…that the police know them as petty criminals but not as jihadists.” “One [government official] said: ‘What more can we do? We have done the maximal. We have deployed the maximal resources. NIce is one of the most secure cities in France’…so that’s the problem they have: how do they stop people they know who do petty crime but then go on to be Jihadist.”

They are already under marshal law: police randomly check people’s papers, they can interrogate people who act suspiciously and they can investigate homes without a warrant: “[police] it is almost impossible for us to keep up with the radicalization…because it is now happening in private, on the internet…even within twenty minutes…we asks the mosques [why can’t they stop them?] and they say ‘it is happening way too fast.’ “

They are running out of options: restrict more freedom of all the French (monitor their home internet?) or shut off immigration from dangerous countries and/or expell those who do not assimilate (or outlaw Muslim ideology like Nazism is outlawed in Germany).

If God does not give us leaders who understand what to do, we will turn into France. 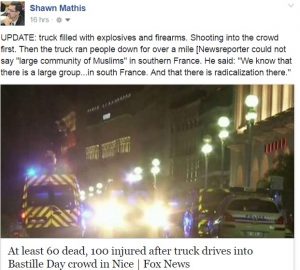