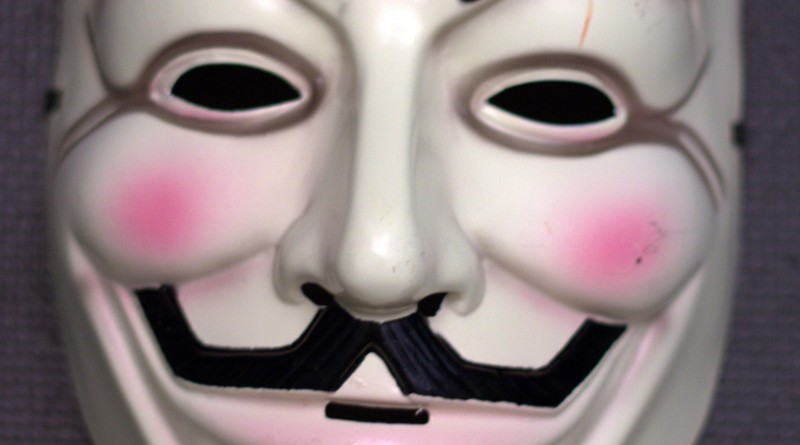 And this interchange between myself and Jason Peirce is no exception. His follow-up article  (On Government…) to my initial article, has been clearer as it has been helpful. I now understand better his point about Satan being the ruler of this world: he is the “permitted…temporary power” under the greater power of Jesus.

It was also helpful that he clarified for the reader that he did not claim that Jesus was a libertarian as such.  Further, he pointed to another article that further explains his position with respect to earthly governments: Romans 13 Not the Pro-Government Passage Statists Claim It to Be.

Romans 13 is the passage of the Bible that offers the most detail on proper submission to governments. If that passage is binding in its plain meaning then the various articles written from a libertarian perspective about Jesus and governments become moot.

So, it is to the Romans 13 article that I will address most of this article.

“[Paul] was willing to compromise the message;” “many assert that Paul betrayed Jesus far more than Judas;” “Paul often lacks the clarity of Jesus as he seemingly contradicts himself…”

Although such statements may not be outright denials of the inerrancy of the Bible (that it is without error), they certainly undermine the clarity and soundness of God’s Word.

But what if we agree with such statements? If Paul was willing to compromise the message of God (given by the Spirit) then why should I trust anything I read of his? And how could anyone else quote Paul as a serious source of truth? How could Jason’s two articles use Paul’s writing as evidence in his favor?

And since Peter affirms the writings of Paul (even placing them on par with the Scriptures, 2 Peter 3:15-16) and Luke (the writer of Acts) details much of the words and actions of Paul, perhaps these men were equally deceived by a Paul who could so readily “compromise the message”.  Everything with respect to the actions and words of Paul and those who depend upon them are now thrown up into the air.

But when Paul is taken at his word (as one inspired by the Spirit of God) there is no getting around the authoritative words he utters. As the author admits: “Seems pretty clear on the surface.” And that should be the end of the discussion.

But it is not because a prior commitment to libertarianism seems to be driving the reading of the text: “But again, it’s Paul writing here, not Jesus. Paul often lacks the clarity of Jesus as he seemingly contradicts himself at many points throughout the Bible.”

It is not clear at what points Paul seemingly contradicts himself.  And if it is “seemingly” then it is not a real contradiction. Unless the author is being too kind to simply state he believes Paul is contradictory.

If the inspiration, inerrancy and infallibility of the Bible are denied then this discussion is moot. But I will assume such a view of the bible is shared.

Jason offers several reasons to doubt the natural reading of the text. Two of them (above) have been dealt with. The remaining will be refuted in order of presentation:

1. “Many versions of the Bible read closer to  ‘Let everyone be subject to the governing authorities” to head off Romans 13. The early Greek text does not. It reads: “Let every soul be subject to the superior powers.’ “

It is unclear to me what the point is here. If he means there is a substantive difference between governing authorities and superior powers, there is none. Greek words, like English, can take different words for translation purposes but still retain the same basic meaning. There may be shades of meaning between the two but the core similarity is the same: authorities or powers that are above others (hence, superior or governing). Any interested reader can use this site for a basic Greek dictionary.

2. “Since Paul in Romans is addressing how to live a Christian life, not a secular life, is he not referring to the ‘governing’ and ‘superior’ authorities in the Body of Christ – in the church, not the secular governing authorities of the State? After all, just prior, in Romans 12: 2, Paul instructs: ‘Do not be conformed to this world.’ ”

It is not at all clear that Paul is writing about churchly authority for several textual reasons: Romans 12:2 is not “just prior” but 19 verses earlier; Paul writes about a specific governmental term, “taxes” (13:6; compare paying taxes to Caesar, the only other text with this word); Paul writes about these authorities as having the power of the sword (which neither the Jewish or Christian groups had in practice or by authority of the Bible).

3. “Scholars such as R.W. Carlyle have noted the “anarchical tendencies” of early Christians. Does this explain Paul’s preaching of obedience to the “superior powers” of church leaders?”

Anarchical tendencies is not the same as being anarchical toward any and all governments. And, more importantly, what evidence does Carlyle actually have?

4. “In the context of the times, was Paul intentionally vague in his letters, to avoid Roman persecution in the case his letters were intercepted by Roman authorities? Remember Paul as “all things to all people” in 1st Corinthians: 9-19 [sic].”

Paul’s statement about being “all things to all people” cannot be taken in an absolute sense. If so, then Paul believes in being a harlot for the harlots. Or a wiccan priest for the wiccan priests.

Paul gives four examples to show what he means. And none of the examples are of an absolutist sense. That is why he parenthetically states that “to those outside the law I became as one outside the law (not being outside the law of Christ)…” Lest his readers thing he is becoming absolutely lawless, he carefully qualifies.

The broader point of that chapter is Paul’s defense of his freedom as an Apostle (9:1-2). He is defending his right not to take payment for preaching (9:3-12, 15, 18). Then he proceeds to explain why he refuses to take payment. If someone is offended because he took payment due to him (9:6-12), then he would gladly not take payment in order that he may win them to Christ.

5. “After all this, are we seriously to believe that St Paul in Romans is demanding that we obey the secular authorities in any matter in which they care to command us? Surely not!”

Perhaps Jason has interacted with Christians who believe that we ought to obey the “secular authorities in any matter.” But I do not believe that. Nor does the greater part of Christian tradition from Augustine to Aquinas to Althusius.

6. “Casey also points out that arkhones is the word translated into “rulers” in Romans 13. Everywhere else in the New Testament it refers to Jewish religious leaders, but in Romans 13 are we to believe it refers to secular leaders?”

Paul is calling Christians to reasonably submit to the authorities over them. He is not writing about absolute submission to any and all commands of the civil government. Paul’s language is not absolute (he did not write: be subject to the governing authorities in all things, at all times regardless of what God commands).

But behind all this interchange is a deeper issue of the basis of the Christian life, law and authority. Jason mentions several times the Nonaggression Principle and the law of love and liberty. If this discussion is to move forward, an explanation of the rationale and definition of these three principles is most necessary.