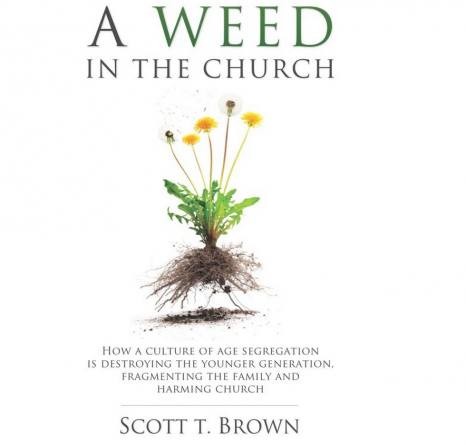 [Scott Brown, of the movie Divided, is asking for feedback on the NCFIC confession. So, I thought it appropriate to republish this article from my Examiner.com days (May, 2011)]

Overview
There is a crisis among the Christian youth. They drop out of church. They remain childish. They are biblically illiterate. The church is losing the next generation.

This book is his clarion call to change youth discipleship. It is divided into five sections: orientation, history, solution, objections, and implementation. The first section is a much-needed explanation of what family-integration (FI) is and is not. He offers ten qualifications that help nuance the concern and the solution. He also explains his view of sola Scriptura in relation to not only worship but discipleship.

The second section of the book traces the history of age-segregation. Section three (the largest part) collects the biblical data for youth discipleship for both the family and the church. Section four rebuts eleven arguments against age-integrated discipleship. The last section tersely explains nine steps to planting an age-integrated approach.

The thesis of the book argues that this problem among the youth (drop-outs, childishness, etc.) is caused by (among other things) “systematic age-segregation.” Age-segregated youth ministry “is the result of apostasy in the church,” the supplanting of the Word with man-made traditions of discipleship (p.43). But the modern youth ministry is not only defined by age-segregation or Sunday school but by a curiously long, heavily-descriptive sentence (p.47).

The author offers a two-fold solution: stop age-segregation and start age-integration (especially get the fathers involved). This dual solution is to be implemented en toto and not piece-meal (p.249ff.). Obedience to God is a hard calling, but ministers must persevere for the sake of the families.

Analysis
A Weed in the Church does the church a service by graphically illustrating the corrosive effects of a youth-oriented, niche-market culture. It rightly calls fathers back to their God-given duties to disciple their children and to lead their families. It rightly denounces children worship services.

The opening chapters include details that attempt to clarify the concerns. But the highly-specific definition of youth ministry (p.47) is partly a loaded definition that poisons the well of discussion from the very beginning. For instance, youth ministries are described as methods “that usurp parents’ authority over their children.” Many good churches that are careful in their use of Sunday school and the like would take great umbrage at being labeled thus without evidence.

The book does not make the historical case that age-segregation is secular and evolutionary in origin. There is no explicit tie-in between each historical segment. Lining up quotes is not the same as proving their connection. Further, the omissions of the many age-segregated meetings in history—such as age-specific meetings in Puritan New England—are conspicuous by their absence.

The heart of the book, the theological assertion, is tenuous at best. It is asserted that God did not tell the church to use age-segregation for discipleship; therefore it should not be used (p.47, 85). This appears to be (what I dub) the “regulative principle of education,” a confusion between Christian liberty and the Reformed doctrine of worship (cp. chapter 5). This approach is assumed but never proven.

It is true: churches should stop abusing age- and family-segregated meetings like a drunkard abuses wine. And many families feel godly using the multitude of programs to bypass their own responsibilities. But the author simply throws all such meetings into the waste basket of evolution—almost. He admits there are times and occasions for the family to be separated (p.61, 231), yet never explains when and why such a time should be an “exception.” In contrast, he actually argues that even if fathers were properly instructing their children and youth groups were Bible-centered with only one-hour a week meetings, it would still be wrong (p.57, 218, 222, 225). What is given in one hand is taken by the other.

Conclusion
I am a child of age-segregated discipleship. I grew up with Sunday school. I attended my local youth ministry. I went to school. If Scott Brown was the typical youth group leader, I was the typical teen target for that leader.

So I tried to obey God’s Law to gain heaven. I tried so very hard until the Law shattered my ego. Around the age of sixteen, I recognized my inability to save myself through good works. I cried out to Christ to save me from myself. A few years later, through the doctrines of sovereign grace, I matured in my faith.

Are youth-oriented, programmatic “ministries” a problem? Yes. Do fathers need to take their duties seriously? Yes. And this book is a needful reminder of these facts. But there is a greater problem that is harming youth and families alike: a soil of widespread ignorance of the Gospel. The basic truths of Christianity are needed in the churches. The conversion of a teen-ager twenty years ago illustrates this dire need.