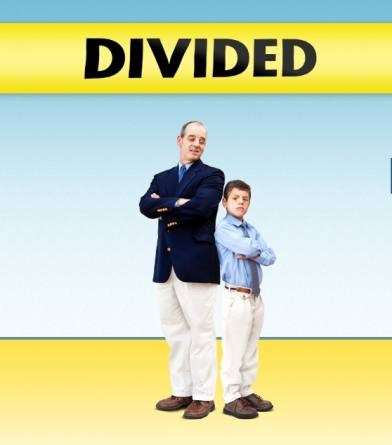 [Scott Brown, of the movie Divided, is asking for feedback on the NCFIC confession. So, I thought it appropriate to republish this article from my Examiner.com days (April 16, 2012)]

“The first one to plead his cause seems right, Until his neighbor comes and examines him.” Proverbs 18:17

When watching the movie, Divided, last year at the Colorado homeschooling conference, I was curious about what kind of historical evidence would be brought forward. Would the true story of Sunday school be told?

To my dismay, it was not so. In fact, the impression was given that many church pastors and leaders were greatly concerned about, or even against, Sunday school. Words on pages of an old book were highlighted:

“Be that as it will; I repeat it again–my great objection to Sunday-schools is, that I am afraid they will destroy, in the end, all family religion; and whatever as a tendency to do this, I consider it as my duty to guard you against.”

Thus, the evidence for ministerial resistance to Sunday school in the early 1800s seemed airtight (at least resistance from one minister).

Truth in the Details

A curious observer may wonder about those words after the highlighted text. Do they change the sense of the quote? They are not highlighted, of course, and many people will not freeze the frame to read the fuller context. But we can and will. So let us do so:

“…my duty to guard you against. I might also shew that these schools are hurtful to public religion; for it consists with my knowledge that children stay at home from church to prepare their questions for the even; and thus families are divided when they ought to be together.”

Well, now we have an example of what he does not like about Sunday school: children are staying home instead of worshiping with their families. We know that even today some churches have Sunday school at the same time as public worship, and we would reject that as much as Mr. Burns.

With the fuller context manifest to any objective reader, it is not clear that Mr. Bruns is against Sunday school as such. To muddle the waters more (or rather clarify the original quote in its context), let us find the original source material.

Searching for the first seven words of the original quote at books.google.com gives us theGentlemen’s Magazine of 1799. (It is also at Internet Archives in another book Mr. Brown quotes.) So, we found the quote. And we found the context. This magazine reviewed a sermon of Mr. Burns recorded in book form. Partway through the sermon, “Mr. B takes occasion to argue against the introduction of Sunday schools into Scotland and to affirm that ‘he can see no necessity for the institution and that he is afraid men do not consider the effects that are likely to follow it. In England necessity may be pleaded as we are told there are few parents in common life who are qualified to instruct their children in the principles of true religion.’ ”

This interesting quote does not condemn Sunday school as Sunday school. Rather he sees no “necessity” for it in Scotland (but perhaps for England). Would the makers of this movie think it acceptable in one place but not another? Mr. Burns continues:

” ‘But what ever may be said on the point of necessity with respect to England there can be no such argument with regard to Scotland. From the wise institution [of] parochial schools, every parish in Scotland is provided with the means of instruction. Children are taught at least to read and write and instructed in the first principles of our holy religion, as contained in our confessions of faith catechisms longer and shorter.’ ”

Mr. Burns continues to explain that after the formation of a Sunday school: “thus old and young are put in motion upon the even[ing] of a Sabbath, when they ought to be quiet in their own houses, and employed in the duties of family religion.’ ”

We pause here to explain the Scottish situation. Church precepts and cultural tradition required strict Christian Sabbath observance, even to regulating activities between and after services: “That what Time is vacant between or after the solemn Meetings of the Congregation in Publick be spent in Reading Meditation Repetition of Sermons (especially by calling their Families to an Account of what they have heard), and catechizing of them…” (read here).

So, if the family is commanded to gather and review the sermon and catechize in the evening, then using Sunday school in place of that time would be quite serious indeed!

Mr. Leclerc and Mr. Brown are zealous proponents of family integrated churches. And their views are promoted by Colorado’s biggest homeschooling organization. But this egregious misquote demonstrates why such a movement should not be promoted. And it highlights an underlining weakness of this movement: lack of substantive historical evidence. Without concrete evidence in favor of their peculiar brand of family and church unity, this movement easily becomes another collection of reactionaries without clear historical precedent.