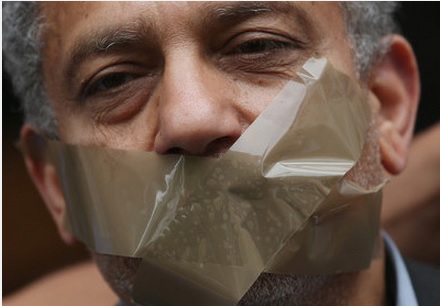 Christians in America are becoming

increasingly marginalized. They are not persecuted in the traditional sense of the word. Rather they are legally harassed by the homosexual lobby. A lobby that has now legalized gay marriage, promising greater marginalization.

And it is not going to get any better. Over the last ten years, almost double the number of Americans support same-sex marriage, according to a new Wall Street poll. More people are embracing the second sexual revolution. This will lead to more cries of freedom from religion.

Marginalization and harassment, intimidation and bullying, these are the words to describe the church’s future. And that will be a good thing.

Consider: many Christians in American are still confused about Jesus. And with a nation claiming over 70% of its population as adherents to Christianity, biblical ignorance is a given.

With these sad statistics, it is unremarkable that the church in America will see dark days. For God is not pleased with ignorant Christians:

But it is not only biblical ignorance and lazy practices that God purges. He also purges the false doctrines that are a cancer in the body of Christ.

A 2013 essay in The Atlantic, ”The Quiet Gay-Rights Revolution in America’s Churches,” argues persuasively that the churches of America were a leaven of “tolerance” in society, preparing the way for support of homosexual unions.

The natural response for some may be: “Well, that is the liberal churches for you”—is it? The acceptance of homosexuality among Evangelicals has only risen over the years.

It is not just the rationale against sinful practices that is rejected, many deny Jesus is the only way to heaven. Many believe good works contribute to salvation. And the vast majority of them do not even have a nominally Christian worldview.

Different church traditions will certainly have different sins. But, thus far, the numbers have shown for decades widespread ignorance, sinfulness and theological error.

This is not a finger-pointing exercise but a clarion warning. We ought to look to ourselves, our families and our churches with the penetrating light of God’s Word and Spirit. We ought to cry out to the Lord for purity and protection.

God uses persecution and marginalization for the good of the church, to purge her from sin, to redirect her eyes back to her Savior. And she needs it. And I need it too.