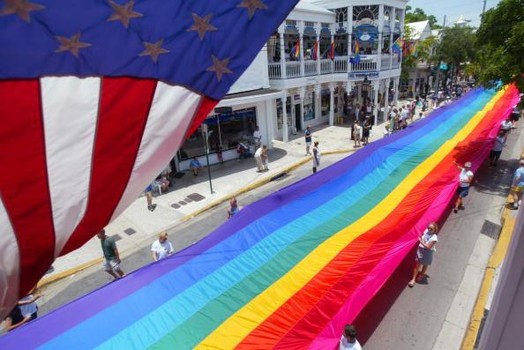 A recent essay in The Atlantic summarized the quick change in opinion about homosexual unions among church-going Americans. In the article, “The Quiet Gay-Rights Revolution in America’s Churches,” Molly Ball notes the shift in public opinion on gay unions (mislabeled “marriage”) was in part due to the shift in the opinion of the churches over the last ten years.

Quoting from CEO Jones, of the Public Religion Research Institute, she summarized the statistics from his earlier Washington Post article. In 2006, just over a third of Roman Catholics and mainline Protestant churches favored gay unions. And among evangelical Protestants there was about 11 percent support. As of 2013 over half of Roman Catholics and mainline Protestants support this aberration. And 24% of evangelicals support it as well.

Even with the rise of support in Christian communities, a surprising high percentage of practicing Protestants (70%) still define marriage in a biblical sense. However, those under 40 have more tolerance and reject the traditional definition of marriage.

The upshot of all of this is that legal law has changed to reflect the minds of Americans. In fact, as The Atlantic article argues, the change in the churches appears to have made all the difference. In a twisted fashion, the American church has retained its leaven in society. It is just the wrong leaven.