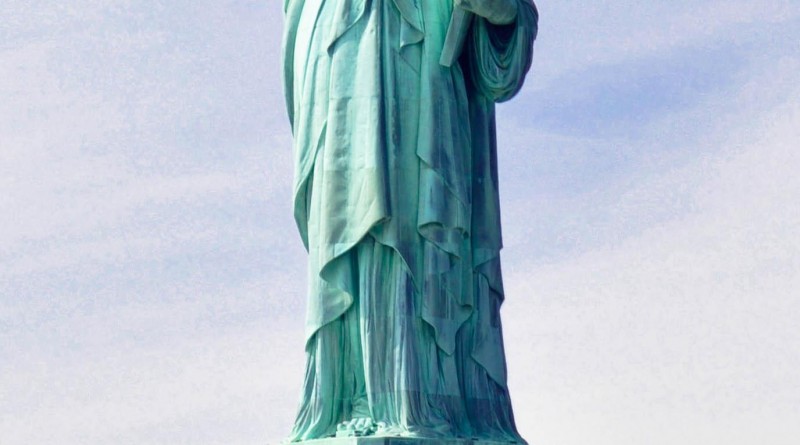 Yale history professor, George Fisher, a religious liberal and no friend of the Reformation, wrote:

How is it, then, that Calvinism is acknowledged, even by foes, to have promoted powerfully the cause of civil liberty? The reason lies in the boundary line which it drew between church and State. Calvinism would not surrender the peculiar notions of the Church to the civil authority. Whether the church, or the Government, should regulate the administration the Sacrament, and admit or reject the communicants, was the question which Calvin fought out with the authorities at Geneva, in this feature, Calvinism differed from the relation of the civil leaders to the Church, as established under the auspices of Zwingli, well as of Luther, and from the Anglican system which originated under Henry VIII….A second reason why Calvinism has been favorable to civil liberty is found in the republican character of its church organization. Laymen shared power with ministers… Men who were accustomed to rule themselves in the Church would claim the same privilege in the commonwealth…Another source of the influence of Calvinism, in advancing the cause of civil liberty, has been derived from its theology. The sense of the exaltation of the Almighty Ruler, and of his intimate connection with the minutest incidents and obligations of human life, which is fostered by this theology, dwarfs all earthly potentates. An intense spirituality, a consciousness that this life is but an infinitesimal fraction of human existence, dissipates the feeling of personal homage for men, however high their station, and dulls the luster of all earthly grandeur. Calvinism and Romanism are the antipodes of each other.[1]

Hamilton, a legal historian and expert on constitutional and copyright law and former assistant to Supreme court judges, discovered that:

“This [American] marriage of distrust in individuals but hope in properly structured institutions is no mere historical accident but has its roots in the Reformation theology of John Calvin…Others have made the more general case that Calvinist precepts permeated the culture at the time of the framing. Many of the Framers brought to the convention a background in Calvinist theology, with Presbyterians predominating among the Calvinists.”[2]

Daniel Elazar, of Temple University, a member of presidential committees and founding member of the Jerusalem Center for Public Affairs, created a World History Curriculum (Article 2).

“In all of the places where Reformed Protestantism was strong, there emerged a Protestant republicanism that opposed tyrants even as it demanded local religious conformity. Reformed Protestants in England became the Puritans, whose name indicated that they wanted to purify the Anglican Church as much as the Catholic, which they had rejected. In the seventeenth century they launched the first of the great modern revolutions, the English Civil War, against royal absolutism, opening the way for modern democracy.”

“Hence the constitutional democracy that we all know today has its roots in that Reformed Protestant revival of the biblical idea of covenant which was not only important in the fight against tyrants and hierarchies but could be made operational in political systems that would protect liberties.”

“A majority of the delegates to the Convention were affiliated with covenant-based churches…The Presbyterians, however, were already moving toward full-scale federalism. As Arthur Schlesinger, Sr., noted: “More than either [the Congregationalists or Anglicans] the Presbyterians in their reliance on federalist and representative institutions anticipated the political makeup of the future United States.”Indeed, as the first government came into office under the U.S. Constitution in 1789, the Presbyterians held their first nationwide General Assembly. In the Presbyterian system, congregations in a local area formed a presbytery; several presbyteries in a region formed a synod; and then came the General Assembly. As a result, the system of federal democracy established by the U.S. Constitution has often been referred to as Presbyterianism writ large for civil society…[3]

“If we call the American statesmen of the late eighteenth century the Founding Fathers of the United States, then the Pilgrims and Puritans were the grandfathers and Calvin the great-grandfather…the prevailing spirit of Americans before and after the War of Independence was essentially Calvinistic in both its brighter and uglier aspects.”[4]

This fearlessness brought them to preach against public evils, whether from the populace or the prince.Naturally, the princes did not like this. Calvin, himself, was eventually kicked out of Geneva for “meddling” in politics: he clashed with the local counsel over church discipline: he wanted it controlled by the church; they wanted it controlled by the city. Already, Calvin began the ongoing power struggle between church and state.

John Adams bluntly acknowledges the wide-spread influences of both the French-Calvinist’s workVindicus Contra Tyrannus and the English Calvinist work of Ponet (A Shorte Treatise of Politike Power), both which defended the right of the people to rise against tyrants.[5] Certain elements in the Declaration of Independence echoed past religious thought such as “all men are created equal,” which was originally expressed in the Puritan work Lex, Rex in 1644. Even further back in time, a Dutch Calvinist, Johannes Althusius, wrote Politica (1603), a complete systematic presentation of a representative Republican government including political resistance theory. Pre-existing resistance theories existed, but were not as fully developed until the Reformation under the likes of Calvin, Bullinger, Knox, and others.

A modern encyclopedia of Religion and Ethics summarizes thusly:

In general it may be claimed for Calvinism that its influence has been an elevating and invigorating one. Abasing man before God, but exalting him again in the consciousness of a newborn liberty in Christ, teaching him his slavery through sin, yet restoring his freedom to him through grace, and leading him to regard all things in the light of eternity, it contributed to form a grave but very noble and elevated type of character, and reared a race not afraid to lift up the head before kings.[6]

The story of Reformed influence on political theory has yet to be fully written.