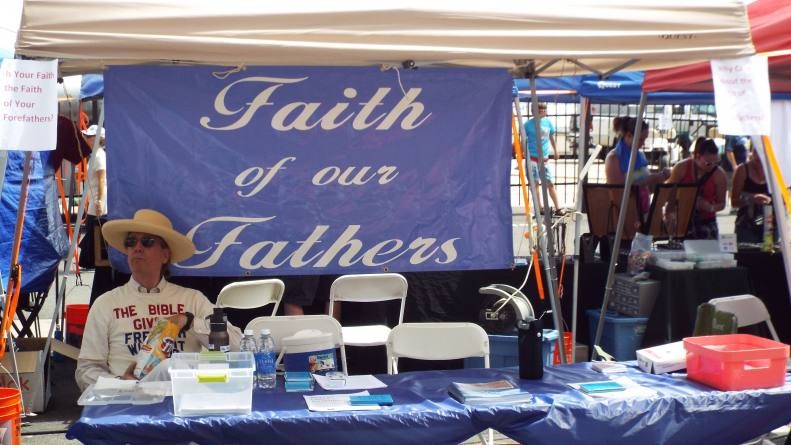 This was a longer day. Two hours longer. But it was also a more fruitful day.

More flyers were handed out. More people were engaged.

First of all, we had the amazing and never-to-be-forgotten, George. George was a salesman. And he made good money that way.

And it showed. He pushed us 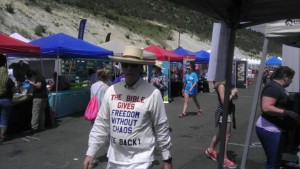 over the 200 mark for flyers about an hour into this second day.

The passersby were more talkative this time. They were willing to ask questions. And it wasn’t all from George’s initiative. My daughter even helped!

One guy was excited about the (supposed) rebuilding of the temple in Jerusalem, telling George about all these saved Jews praying for the return of Jesus. And Jesus was returning soon. Real soon.

Another guy was quite interested in history and asked about our church. A few others agreed that today’s church is not following yesteryear’s church of early America. I tried to flush out how that was so, handing them a fly 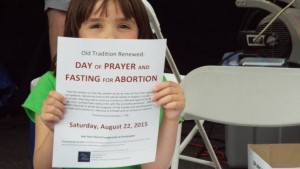 er on that topic.

One guy’s shirt was blazoned with the word revival. I used that as a segue to talk about the First and Second Great Awakenings. And how we could have another one if we would return to the same faith of our fathers (clever, eh?).

The highlight of the day was the number of people who said they would pass on the Day of Fasting against Abortion flyer to their church. One Heaven Fest worker took a snapshot, passing it through social media.

The low-point of the day was my encounter with the next generation of American Christians. They were loud and flippant. They asked about our booth. Naturally, I handed them the flyer against abortion.

The first thing she said was “I’m pro-choice.” And the conversation went down hill from there.

But in spite of such a sobering conversation, much good sowing happened today.

400 flyers were handed out. Dozens of people were engaged with truth. Now we need to pray the Lord of the Harvest to call His own.