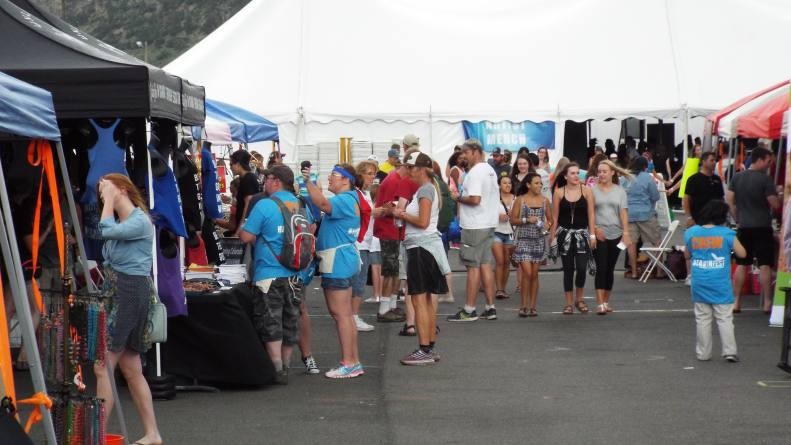 “Help us stop abortion!” I cried out to the passersby.

But they were distracted: from bean-bag tosses and free candy to clothes and keys-as-necklaces–any passersby could get whiplash.

I waved the flyer and tried to make eye contact. It worked more often than I thought it would.

My aggressive outreach only added to the bazaar-like atmosphere. Loud posters and louder booths clamored for attention. It was not a circus. But it was an outlandish mix of themes as only can be found in America.

There were booths for feeding the poor and preventing suicide.

There were booths for two-day man-meetings and free kids’ toys.

There were booths for Gospel soccer balls. I kid you not.

The crowds were not as large as I remember. But the fits and starts grew into a steady stream as the main events drew near: the Christian music bands. 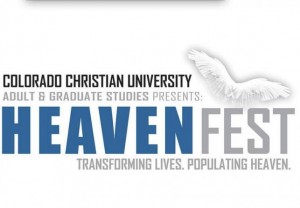 This is, after all, the Lollapalooza of Colorado.

While my skin was sizzled by the sun, my ears were bombarded by the bass. As I wormed my way through the crowds back to my car, I followed the source of the bass.

It was a rapper entertaining a crowd…with lyrics political and social even as he punctuated the songs with preachy comments.

On my way back to the Faith of Our Fathers booth, the musician concluded his concert with an invite to answer questions about Christianity.

Meanwhile my hearty companion, Bruce, continued to hand out flyers about the Day of Prayer and Fasting against Abortion. I had tied the theme of our booth to the recent city-wide call for a day of fasting.

After all, early America practiced days of prayer and fasting, with even presidents calling for such days.

I fear it is none too popular today.

Even so, some of the attendees were talkative. Some were even interested.

One young lady wanted to read more about the faith of our forefathers. She asked about the New England Primer, admitting that she had only recently become a Christian, even as she had lapsed in church attendance.

Another gentlemen, a few booths down, was quite talkative about the current state of the Christian church.

With such an opening, I offered him the is-your-faith-the-faith-of-your-forefathers flyer, pointing out that most American Christians would have nothing to do with the depravity of man, the sovereignty of God and the freeness of grace.

At the end of day one, my body was wearing out. But my mind was still engaged. And my soul was satisfied that we gave our best given the uphill climb that is the effort of trying to educate Evangelicals.