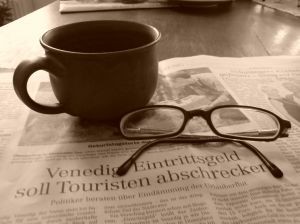 A recent Breitbart article, “Homeschooling Growing Seven Times Faster than Public School Enrollment,” is spreading across the internet, with one Colorado-based news-source quoting the essay. Unfortunately, the article makes multiple claims about homeschooling based upon questionable journalism. The article cites a report, “Number of Homeschoolers Growing Nationwide,” from the Education News website.

The most glaring problem with the Breitbart article is its uncanny similarity to the report it quoted. The opening sentences between the two articles are virtually the same:

Education News report: “As the dissatisfaction with the U.S. education system among parents grows, so does the appeal of homeschooling.”

Breitbart article: “As dissatisfaction with the U.S. public school system grows, apparently so has the appeal of homeschooling.”

Other parts of the Breitbart article are noticeably similar, either by arrangement or by the use of the same key verbs and words. For instance (italics added for clarity):

Education News report: “Any concerns expressed about the quality of education offered to the kids by their parents can surely be put to rest by the consistently high placement of homeschooled kids on standardized assessment exams.”

Breitbart article: “Any concerns about the quality of education children receive by their parents can be put to rest by the consistently high placement of homeschooled students on standardized assessment exams.”

A more subtle problem with the Breitbart article is the lack of scientific studies and facts to support its claims. Neither the phenomenal growth rate, percentage of homeschoolers or the supposed academic data are backed up with citations. That article has no citations to support any claim other than the original report from Education News. And that report has no specific citations beyond some general references to a Dr. Ray and his organization. The quote from Dr. Ray has no source citation.

The author of the original report in Education News was contacted about these similarities through the comment section at least three times. But to this date there has been no response.

The original Education News report was published one year ago on May 21, 2012.