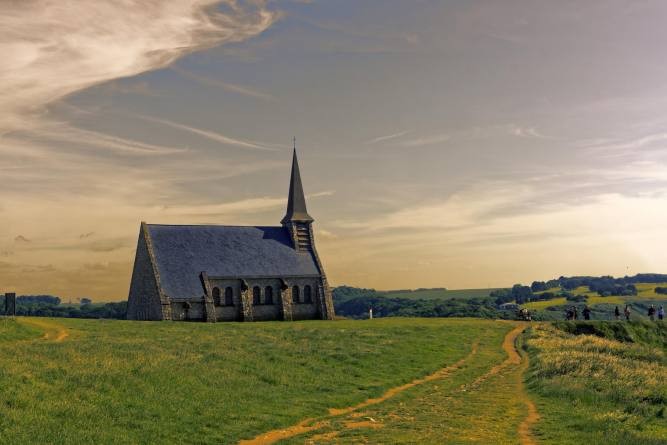 With a burst of bullets, violence and death, America was introduced to an angry, young vigilante.  And sadly, it was through this burst of bullets that America learned about the Orthodox Presbyterian Church as well.

Or at least learned about the name. Given the state of the mainstream media these last few years, it will be no surprise that what they will learn will be fragmented and warped at best.

Already Salon, Religious News Service and other media are mudding the waters while Facebook and Twitter fill up with lies and innuendoes about the Orthodox Presbyterian Church (OPC) and the Chabad of Poway Synagogue shooting.

Some gleefully point fingers at the parents (even though the shooter cleared his parents). Others quickly condemn the OPC for supposedly being a fundamentalist sect, a seedbed of radicalism or complicit in the rise of white supremacy—outrageous slings and arrows by the usual suspects.

But many others are simply confused. This is understandable given how little many Americans know about conservatives in general, let alone traditional Christians in their midst.

It is to the confused that I write this short explanation of what the Orthodox Presbyterian Church is and is not about. I do not write as an official spokesman of the OPC, but I do write as a Christian concerned about their witness before the world. And I write as a minister concerned with the Good News.

So what is the OPC not about? It is not about irrational hatred, vigilantism or murder. They do not teach such and never have taught such. Anybody can read their public confession of faith and their other public documents, such as the statement they made about this horrific event. They are not a fundamentalist sect, a seedbed of radicalism nor complicit in white supremacy.

But what is the OPC about? They are about straight and proper teaching. This is what the unusual word Orthodoxy means. And that is what the OPC has been known for since its inception in 1936. But the OPC also takes proper living seriously as well.

Since the OPC teaches proper living, they teach the Ten Commandments. They teach that the commandments are the universal standard of right and wrong. They teach that everyone is bound to obey them in thought, word and deed—perfectly, perpetually and personally.

But they also teach that no one can obey the Commandments perfectly—there is none who is perfect, not one. And because of that fact, the Ten Commandments condemn everyone. They condemn not only murder in the hands but murder in the heart. They condemn not only outrageous fabrications of the truth and false religions, but little white lies and superficial religiosity as well.

And that includes Christians.

Because the OPC teaches proper living and straight doctrine—because they teach everyone violates that moral perfection in thought, word and deed, they preach the Good News of Jesus Christ.

Just as everyone is a sinner, so anyone can be saved. They can be delivered from the divine condemnation of the Ten Commandments through repentance from sin and faith in Jesus Christ.

How is this possible? It is not by God ignoring the Ten Commandments. Rather it is God’s punishing Jesus Christ in the stead of sinners that forgiveness is given. And it is given to those who repent of their life of sin and trust in the person and work of Jesus Christ, God come-in-the-flesh.

No doubt the multitude of pundits, Twitter comments and Facebook posts will obscure this fact—if they know it at all.

But this is what the OPC is about. It is about many other things to be sure, but this is the core of the OPC’s existence: to proclaim the law and Gospel of God in Christ.

Part 1 of a multi-part series.