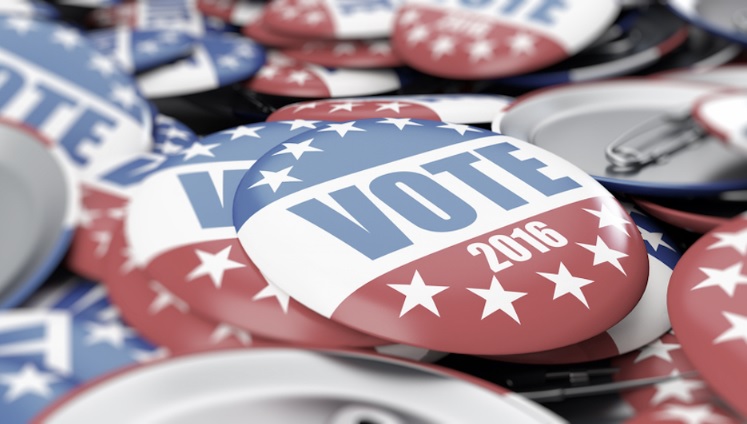 For that, one needs to understand the political and social situation we are in. If things are the same as they ever were, the urgency of the vote would be lessened. But if the situation is bad and heading for worse, different decision would be made to steer the ship aright.

So how bad is it?

It’s bad. The Flight 93 Election essay summarizes the overall situation. But I want to focus on some particulars.

I would say we are on the precipice of a rising tsunami of social and legal bigotry against the church that makes the Obergefell ruling the calm before the storm.

This can be illustrated in two ways: the border and the Supreme Court.

Let’s get to the point: many Christian leaders are open to open borders. Some think that they can get new converts that way. Others believe it fulfills the “Eleventh” Commandment: thou shalt love anyone and everyone regardless of circumstances and consequences.

If you are one of those, please read my prior article on refugees.

After the New York City bombing, it should be more clear that immigration without commonsense restrictions is not working. Take the recent bomber, he attended a local mosque whose leadership is part of a radical Muslim group advocating Sharia law in America through subversive means.

Along with the looming American demographic winter plus loose borders and Muslim families who are not about career-women, this equals disaster. Yes, this takes time but time is accelerated in politics when presidents are elected every four years.

But disaster for whom? Not the big corporations in bed with the government. Not recipients of welfare handouts. It will be socially and politically disastrous for most of the conservative churches in America.

Multiculturalism is not a friend of the church. Most immigrants from south of the border vote Democrat. And most Muslims are comfortable with Muslim laws. And they overwhelmingly favor Democrats and Democratic policies.

And the Democratic party is no friend of the church. They espouse policies in direct contradiction to God’s Law and any self-respecting church.

And if the Democrats obtain a majority on the Supreme Court, more harmful policies will get through. George Soros will make sure of that.

And don’t forget that a solid majority of progressives on the Court can overturn prior laws that conservatives take for granted. How? By adjudicating lower-court cases that just happen to overlap with prior decisions. SCOTUS can always overrule its prior decisions.

And there are a number of important cases sustained by one vote. Religious freedom being one of them. The Hobby Lobby case was decided by one vote.

But there is more: freedom of conscience cases are coming before the court even as I write this essay. There are pharmacists and students who are trying to defend their conscience against an increasingly hostile legal system.

With most of the federal lower courts becoming progressive (thanks to Obama), a SCOTUS with a progressive majority would spell disaster. They will most certainly rule against the best interests of these Christians in the name of nondiscrimination.

But at least we would have lawyers to defend us, right? Maybe. Lawyers are under more restrictions thanks to the LGBQT agenda, and judges have already been forced to preside over homosexual unions as I summarize elsewhere.

And if you are not convinced at the direness of our legal situation, you must read that essay.

But this is not all.

The Civil Rights Commission just finished their report. Just in time to suggest what the future may look like if Hillary wins.

The commission suggested changing current federal law (RFRA) such that it “creates First Amendment Free Exercise Clause rights…only to the extent that they do not unduly burden civil liberties and civil rights protections against status-based discrimination.”

As the chairman of the committee wrote: “The phrases ‘religious liberty’ and ‘religious freedom’ will stand for nothing except hypocrisy so long as they remain code words for discrimination, intolerance, racism, sexism, homophobia, Islamophobia, Christian supremacy or any form of intolerance.”

And now Massachusetts guidelines are opening churches to lawsuits: “Even a church could be seen as a place of public accommodation if it holds a secular event, such as a spaghetti supper, that is open to the general public.”

What church will win this case in a progressive-dominated SCOTUS?

If circumstances are bad enough, people should count the costs by weighing the circumstance and consequences more heavily.

The people of Gilead were in such a tight spot they reached out to a social outcast, Jephthah (Judges 11). Godly saints of old—Joseph, Esther and Daniel—did not elect their leaders but they elected to work with bloody tyrants because their situation was dire.

Unfortunately, I fear, many Christians have not considered the criticalness of the American situation. Some of that is due to a wrong understanding about voting. Some is due to wrong priorities. And much seems to be due to not knowing how bad things are in America.

I hope this essay changes that.