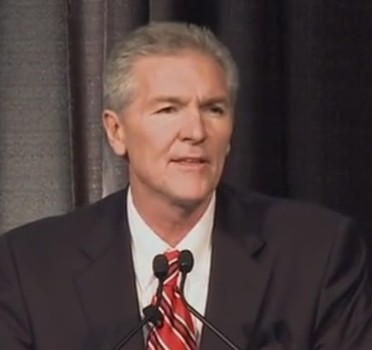 On December 3, Mr. Brown, the president of the National Center for Family Integrated Churches (NCFIC), posted an article asking for forgiveness for a controversial video of a panel discussion about hip-hop and rap. Some members of the panel labeled the music styles as the “death rattle” of a dying culture, and rappers were denounced as “disobedient cowards.”

The video, posted in late November, caught the attention of more well-known organizations and men in the Christian community, such as the Gospel Coalition, Ligon Duncan, and the Urban Gospel Mission. Their denouncement of the video put enough pressure on the NCFIC that three public apologies were offered on their blog.

In the latest blog post labeled Please Forgive Me, the president admitted:

“During the panel discussion on rap I should have engaged such a controversial subject as this with greater discernment, explicit scriptural grounding, clarity, definition of terms (like “rap”) and precision that comes from a full grasp of the subject. These were lacking in the rap discussion.”

In particular, he noted that he “failed to distinguish between the use of music in worship compared to simply listening to music.” And he “failed to correct a panelist who made an unsavory comment.” In a proper Christian manner, he concluded:

“I did not engage this topic with the required care. There were moments where it lacked the brotherly tone that is essential for our critiques within the body of Christ. In at least these senses, it was unworthy of our Lord. Please forgive me.”

It is unclear what is Mr. Brown’s opinion of hip-hop or what particular views of the panelists he may or may not disagree with. Not a stranger to controversy, the NCFIC’s movie, Divided, was reported to have a similar lack of precision and care as well as historical errors.

One of the panelists, Mr. Botkin, later apologized for offense given by calling Christian rappers “disobedient cowards,” words not “directed at any particular artist.” As of this writing, it is unknown if any of the other panel members agree with the president or whether they will offer their own acts of repentance.