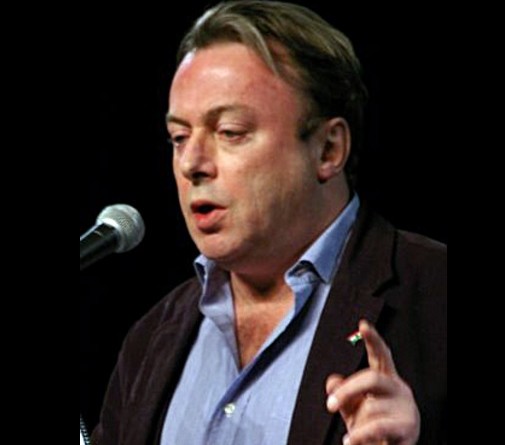 In a short online article at Slate, Christopher Hitchens writes about some lessons he has learned.

The article, Faith No More, summarizes some generalizations of Hitchens. After pitching for his debate-turned-movie-and-book (Collide), he starts into the meat of the article. He noted how after he gave a public formal challenge in 2007, he was “very impressed by the willingness of the other side to take me, and my allies, up on the offer.”

Not one of the debates or arguments convinced him of the weakness of his view. However, he was mildly surprised to discover that the “so-called Christian right is much less monolithic, and very much more polite and hospitable.”

He was especially impressed with pastor Wilson who was not “one of those evasive Christians who mumble apologetically about how some of the Bible stories are really just ‘metaphors.’ ” The apologist bluntly defended the atonement of Christ to cover sin and did not shy back from the fact that God allows suffering (as a consequence of sin).

Hitchens declared: “I much prefer this sincerity to the vague and Python-esque witterings of the interfaith and ecumenical groups who barely respect their own traditions and who look upon faith as just another word for community organizing.”

He also discovered that many in the audience did not necessarily agree with the apologist himself. In particular, he noted that Roman Catholics probably did not follow half of what their church teaches. Christians would even wince from the doctrine of perdition when Hitchens would ask the debator if he were on his way to hell.

Even so, Hitchens is pleased with the growth of skeptics (those without church allegiance) he has encountered in America: “This is a wholly good development, and it is part of the pluralism and polycentrism that distinguish the sort of society that we have to defend against all enemies, foreign and domestic.”

That last sentence is interesting. Is Hitchens implying that religion is a domestic enemy?Probably not in any nefarious sense but maybe in a broadly ideological sense. There is certainly a ‘war’ of ideology in America and the atheists are winning.

As for the other illuminating points in the article, I think they are spot on. The Christian right is not monolithic and many therein will not publicly stand upon the traditional religious viewpoints. Hell is not a pleasant topic. But then neither is child pornography yet it gets more coverage than hell.

Although for many it is the lack of pleasantness that usually forbids the believer from talking about hell, for others (or even the same group) it is probably because many of them do not take the doctrine seriously. And certainly many ministers themselves do not touch upon the topic enough if at all.

His use of ‘Calvinist’ is probably loose, simply referring to those who believe in ‘harder’ doctrines such as hell.

For myself, I, too, prefer to talk with someone who takes his non-religion seriously. As for the genuine niceness of the Christian right, I can attest to that. My only concern with the atheism that Hitchens represents is whether or not it will stay nice itself.

After all, if its a dog-eat-dog world of evolution, once the underdog gets the upper-hand there is usually no reason to stay nice. If the thesis God Is Not Great: How Religion Poisons Everything is true, then niceness need no longer concern the atheistic defender of everything.