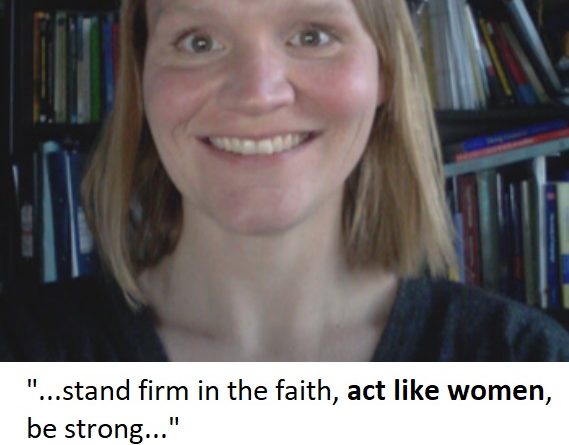 Courage is going to be differently manifested in the sexes because men have greater upper body strength, more muscle mass, etc. That gives them some ground to stand against an assailant in a dark alley. Whereas the typical female should run under similar circumstances. This points to the fact that “strength of character” is a relative term, depending upon the circumstances and the persons involved.

And this is a clue to understanding how confused Hobbs is on this topic. She absolutizes what is relative. When God calls us to be courageous, does He mean that children of the covenant should manifest the same type of courage as an adult? Would Hobbs flatten the differences between adults and children in the name of fraternity and equality?