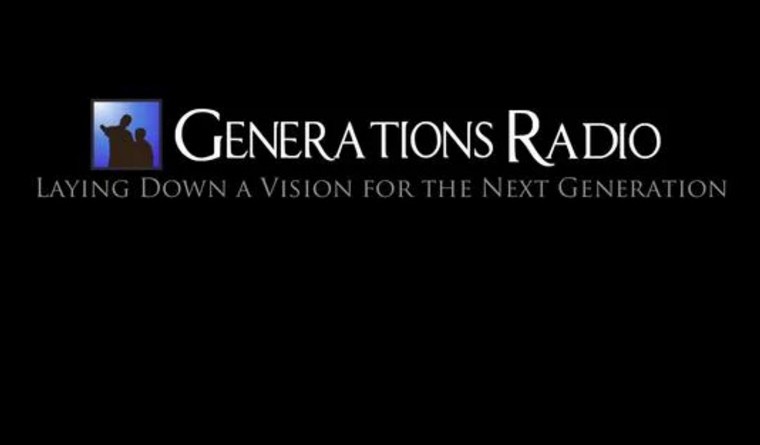 [Republished from Examiner.com, Fall, 2014. The original podcast has never been formally retracted. The position an attitude expressed in that post are explained in another article and are still the warp and woof of the program.]

Generations Radio’s surprising broadcast against World magazine’s homeschool article has garnered much attention in the homeschooling world. It was brought to my attention from concerned Christians—Christians concerned with its negative impact upon the witness of followers of Christ in homeschooling circles.

After listening to the podcast, “Homeschool Educational Neglect: Media Rages Against Homeschooling” (August 27, 2014; transcript here), I decided a public response was in order. Perhaps an essay written by a sympathetic critic will accomplish what others have not.

And so I offer this response, beginning at the proper place: understanding the world that Generations Radio inhabits. And that world is about saving this world:

“Homeschoolers are at the forefront of a battle for restoring family, faith, and freedom in the 21st century and I’m thankful for them.”

With such an opening statement to the broadcast, it should be no surprise that any perceived threat to homeschooling will be thoroughly thrashed. For in the current fracturing of America, only a worldview that has home and homeschooling at its center is strong enough to save her. And World magazine made the mistake of not writing with that conviction, as my previous article demonstrated.

Even with such a way of viewing the world, it is wrong to assume they do not care about abuse. Generations Radio is concerned about abuse:

Abuse is real. It is just that the problem is mostly “out there” and not “in here”: “Ok, so it’s very possible there’s way, way, way less abuse happening in homeschools than in the rest of the population.”

But the predictable my-homeschooler-is-better-than-your-public-schooler approach did not surprise me. What surprised me was the puerile humor thrown at the critics:

[Pretending to be a rapist offended by Christians] ” ‘I’ve been so abused [laughter]…because this Christian is telling me that I’ve sinned against God and I need to repent.’ ” Ok, so if that’s spiritual abuse [laughter]—I don’t think the Apostle Paul would agree with you. Put it that way.”

But the World article did not “put it that way.” The World article clearly described the abuse as ranging from mistreatment to sexual molestation. It never once claimed that the abuse was from Christians calling someone to repentance.

Maybe the hosts’ have divine knowledge about what really transpired in the homes? That is the only charitable explanation for their belittling of these homeschoolers. Somehow it is very, very hard to take someone’s word that their parents were deficient but very, very easy to divine from silence that the child had character flaws instead.

Doney’s deficient mathematical instruction and the fact that her younger sister could not read until she was twelve are facts to difficult to digest in a homeschooling-is-wonderful world. Instead, it is easier to make fun of her and call her a “whiner”:

Steve: She’s 31 years old and she set up a website and started an organization apparently counting on her fingers! And so, you know, give me a break!

Steve: If you can do this, you can count.

Steve: Read some books! (laughter)…There are books out there on math! You can learn how to not count on your fingers! (laughter)

Kevin: So this little whiner, talking about her bad experience with home education…You know she’s had 13 years to learn how to count…And to learn how to add. And still hasn’t happened. Sounds to me like there’s something wrong with her.

Speaking of laughter. Language is a funny thing. One can make biting commentary by under-exaggeration: “But the recent piece published in WORLD Magazine on home education was not particularly positive.”

Clearly they thought the piece was troubling enough to do an entire program on it. He even asked “But what is with WORLD Magazine, guys? ”

The problem is that the article gave space to those “upset with home education.” Perhaps those with real stories of hurt should get little to no airtime while everything positive about homeschooling should be trumpeted?

When America is fracturing, there is no time to dawdle about smaller matters—small matters like one or two abuse cases or those tricky things called statistics and facts.

Even Dr. Ray of the National Home Education Research Institute (NHERI) admits as much:

“Similarly, Dr. Bruce Ray of the National Home Education Research Institute (NHERI), although hopeful that his studies may point to homeschooling academic superiority, admits that ‘the design of most research to date does not allow for the conclusion that homeschooling necessarily causes higher academic achievement or better social and emotional development than does public (or private) institutional schooling.’ ” (“The Evidence Is So Positive”, here).

The vaunted Rudner study of 1999 admits as much as well:

“This was not a controlled experiment” and “[this] does not demonstrate that home schooling is superior to public or private schools, and the results must be interpreted with caution…it should be noted that it was not possible within the parameters of this study to evaluate whether this sample is truly representative of the entire population of home school students.”

And the non-partisan International Center for Home Education Research (ICHER) sums up the matter nicely:

“We simply can’t draw any conclusions about the academic performance of the ‘average homeschooler,’ because none of the studies so often cited employ random samples representing the full range of homeschoolers.”

I can’t fully fault them for missing  such significant facts. World magazine and HSLDA missed them as well. But I can wonder what happened to the same facts I gave to some homeschool leaders of Colorado.

As for factual history, when the family is supreme any effort to interfere smacks of socialism. At least, that is what seems to be the case when the word “socialist” is thrown around, even at World magazine. Apparently, the State is never to prosecute educational neglect. And if the State tries, it’s socialistic.

Thus, Calvin’s Geneva, Luther’s Germany and the Puritans’ New England were in violation of God’s Word when they disciplined families about education matters. Maybe they were socialists? Or maybe the hosts should read the Massachusetts School Act of 1642.

But good rants are not conducive to good thinking. Rather they tend to multiply logical fallacies such as special pleading: “if the family situation is dysfunctional…the kids generally are not going to do well in school”–except this does not apply to the homeschoolers of this article. Somehow, they are the exception to this rule.

There is nothing special about ad hominem arguments or hasty generalizations; they are so easy to make. And they fill air-time quite well. However, there are more subtle fallacies, such as arguing from silence.

The incredible claim from educated men that the absence of the words “educational neglect” in bible is absence of the idea is just such an error in thinking.  Hopefully their thinking about the trinity does not follow such a path.

But such verbal sloppiness is more than an annoyance. It can be dangerous. Bloggers are drawing conclusions from such poor rhetoric:

How is that supposed to help HSLDA (which believes in educational neglect) defend homeschooling?

Parents are to give the proper education to their children because they are to be reared to follow their vocation in life. Generations Radio believes in life-training. But it seems they do not believe that the commands of God necessarily include the means and causes to accomplish those commands (Westminster Large Catechism Question 99.6). And in today’s society, that includes reading, writing and arithmetic.

For the record, if a child is not taught basic math or reading in today’s society, that is educational negligence. But according to this otherworldly logic, since educational neglect does not exist beyond the neglect of instruction in the Bible, then they should not complain about schools that neglect to teach the ABCs or 123s.

But the speakers graciously throw a bone: homeschooler are not perfect. They have this lazy-youth problem. Yet it is not a problem unique to homeschoolers as such. Besides it is not enough of a problem to undermine eternal optimism about homeschooling.

Near the end of the boorish broadcast the introductory theme is repeated: freedom is homeschooling’s cause. And these detractors are enemies of homeschooling. They are traitors of freedom.

But freedom from what? Socio-political and economic bondage.

Is that what Christ came and died for? If so, then he failed in the third-world countries.

The Good News is that Christ lived, died and rose for the justification of sinners. That we who repent and believe sit with Him in heavenly places, blessed with adoption and sanctification.

And we are blessed with the fruit of the Spirit, the greatest of which is love.

Generations Radio’s plea is that homeschooling leaders “get a little chutzpah” and fight for a distinctly biblical worldview and defend homeschooling.

But it takes more chutzpah to come back to a distinctively biblical worldview that has more love than bite—a worldview that focuses on the Good News of Christ instead of the good news of homeschooling.