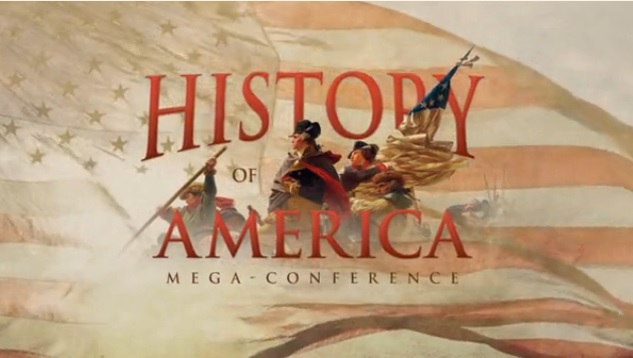 Mr. Botkin recently spoke at Vision Forum’s American History Mega-Conference on the topic of education: “A History of Education in America.” Mr. Botkin was introduced as a “visionary” and the bearer of a “distinct message.” True to the latter descriptive, the speech was more an extended lament of and harangue against the evils of public schools then a history as such.

He stated his thesis:   “[P]ublic schooling is new and recent. We did not start this country with a tradition of public schooling. Parents educated their children….[public schooling] is religiously anti-Christian. ”  He explained at the opening of the lecture that he planned to “trace” the “transgressions” and influences “that we must acknowledge and repent of.” These themes dominated the lecture.

The lecturer created a reductionist narrative.  He simplified the complexity of American history into a two-sided battle between those for individuality and freedom and those for communalism and statist control.

A purist undercurrent was noticeable from his description of the early Ivy League schools as “ostensibly Christian but not really Christian.”  Such schools were designed to “produce a young gentleman, a general sissy who really doesn’t engage himself with the Word of God”–a declamation that reflects more upon the speaker’s uncharitable attitude than upon Harvard graduates such as Cotton Mather.

This ostensibly learned historical overview bypassed 150 years of early American educational events, laws and personalities.  For instance, the 1647 Old Deluder Satan Act in Massachusetts required the erection of grammar and primary schools. Many colonial leaders, such as Cotton Mather, called upon the magistrate to help propagate schooling.

And by the late 1700s, a number of the states had provisions for education, such as Georgia’s 1777 constitution: “Schools shall be erected in each county and supported at the general expense of the State as the legislature shall hereafter point out” (Article LIV).

In his description of James G. Carter and the creation of “normal schools,” he derisively noted, “that’s what they called the public school  in Massachusetts, a normal school.” Unbeknownst to the speaker, “normal schools” were schools for teachers (from the idea of using consistent standards or norms). The Common School Journal of 1839 noted of the creation of the first of such schools: “The Board of Education hereby give notice that a Normal School for the qualification of Female Teachers for Common Schools is to be established at Lexington in the County of Middlesex .”

The bulk of the talk offered illuminating quotes from various leaders of the progressive educational thought during the nineteenth century. It focused on public and compulsory education even as it was silent about other significant historical influences.

His information of negative influences upon modern education was useful. But the presented vision of a white-washed, sectarian reinterpretation of history warped the entire message.