“Home educators, almost by definition, have turned their heart to their children [Mal. 4.6]… So, there’s been a revival that’s taking place in the heart of these homeschool families…”–Doug Phillips, 2006 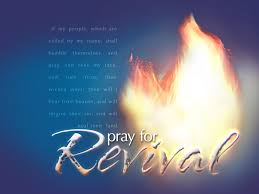 What are we to make of these assertions?

In another posting I critiqued the idea that homeschooling is a revival. This posting builds upon that critique by examining the supposed biblical foundation. If the above statements are true, then woe unto him who stands in God’s way! However, if the above quotes are an egregious handling of God’s Holy Word, then what?

First of all, I will, in the spirit of Malachi 4:6 & the Fifth Commandment, quote my spiritual forefathers: Calvin, Henry, Keil/Delitzsch and Jamieson/Fausset and Brown. They all exegete Malachi 4:6 in a similar vein:

“6…Explained by some, that John’s preaching should restore harmony in families. But Luk 1:16, 17 substitutes for “the heart of the children to the fathers,” “the disobedient to the wisdom of the just,” implying that the reconciliation to be effected was that between the unbelieving disobedient children and the believing ancestors, Jacob, Levi, “Moses,” and “Elijah” (just mentioned) (compare Mal 1:2 2:4, 6 3:3, 4 ).”–Jamieson, Fausset & Brown, Commentary

A good exegete will consider the immediate context, the book context and the overall Biblical context. Anyone can quote a verse and repeat it until everyone is convinced. Jamieson does something better: he points to book-level context and Bible-wide context. Malachi on two other occasions mentions other spiritual fathers in contrast to his present wicked generation of “sons”. Mal. 1:2 contrasts the faithful spiritual seed of Jacob with the ungodly spiritual seed of Esau. Mal. 2:4, 6 & 3:4 contrasts the faithful seed of Levi with the ungodly seed of then-present priesthood. Malachi 4:6 continues this contrast, that God would turn the hearts of the unfaithful sons in line with the spiritual path of their fathers.

Luke 1:16, 17 “And he [John the Baptist] will turn many of the children of Israel to the Lord their God. He will also go before Him in the spirit and power of Elijah, ‘to turn the hearts of the fathers to the children,’ and the disobedient to the wisdom of the just, to make ready a people prepared for the Lord.” (NKJV)

Verse sixteen is the ground-motive of these verses: to turn the children (sons) of Israel to their God (Father)! Salvation is the issue. Also, note how the New Testament does not quote the OT word for word but interprets it for the reader: John the Baptist will turn the hearts of the fathers to the children “and the disobedient to the wisdom of the just…” The symmetry points to the fathers as ‘just’ and the sons as ‘disobedient’. Of course, there are biological blessings; entire households were saved in the NT (cp. Henry). Yet, individuals were saved as well. At root this blessing, as with so much of the Bible, is spiritual.

Ask this: was Malachi thinking of homeschooling or family-integrated churches or any other method-based movement? Is this how John was to “make ready a people prepared for the Lord”? A serious reading of the life of John demonstrates that his primary purpose was to preach repentance: to turn the children of Israel to God–to bring salvation not homeschooling! Are these leaders preaching repentance to homeschoolers?

Third, Elijah–John the Baptist (Mat.11:14)–is the agent of God changing hearts. And this prophet is a man with an ordained office from God. God used an ordained church-officer to bring about this revival. I have never read or heard any homeschool leader assert as much—except that by their actions they are the ones leading this revival! Some of these men are ministers. That is good. But their articles and speeches are clearly not done in the context of being a minister. They announce themselves as concerned fathers. It is not the fathers that turn the hearts of the children, but the Spirit working through the ministry of the Word. Faithful ministers are used of God—as a rule—to bring revival. A cursory glance at the history of revival demonstrates as much.

Fourthly, with such unqualified claims of revival, where does that leave churches that are not homeschooling en masse or eradicating Sunday schools in toto? Or to put it in more personal terms, what about godly men and women who lose their families because they stand upon the truth of God’s word? They gently tell their nominally Christian spouse that they must follow God by attending a faithful church–the husband by leading the family. Then their wives rebel, leave or torment them. Then what? Is there no revival there? Is the Spirit not moving in the hearts of the fathers? Must all revivals (or only this one!) involve peace and growth in the biological family? What does Christ say? 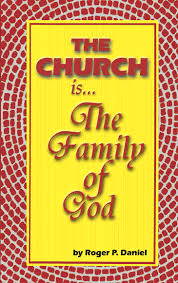 In fact, Christ defined a ‘father’ and ‘son’ in their most fundamentally spiritual sense:

” Who is My mother and who are My brothers?” And He stretched out His hand toward His disciples and said, “Here are My mother and My brothers! For whoever does the will of My Father in heaven is My brother and sister and mother. (Mat. 12:48)

Once this verse is thrown into the mix, the simplistic and dangerous interpretation of Malachi 4:6 becomes apparent. It is simplistic because it is only part of the truth, rooted in biology instead of spirituality. And it is spiritually dangerous to announce to people that they are blessed of God when they are under his judgment.

Judgment? Hosea 4:6 warns us that God’s people were destroyed for a lack of knowledge–a lack of right thinking and right actions.

Half of the homeschoolers polled believed in salvation by good works! Only 15% were Evangelical anyway–an Evangelicalism so vaguely defined by Barna that orthodox Trinitarianism is not even mentioned! It gets worse: 57% of Evangelicals polled by the Pew Foundation believe that there are other ways to heaven outside of Christ. And high-percentages of born-again believers contend that they have obeyed vast portions of God’s Law! Do these numbers reflect a blessing or a curse?

To apply this verse today without a clear understanding of the text itself, its direct application to the NT era and knowledge of American whole-sale ignorance is hazardous.

There is a correct and wholesome application of Malachi 4:6 today. It is a heartfelt prayer that God would raise up Elijahs in our midst to preach repentance, to turn the hearts of the dead American church to the heart of God.